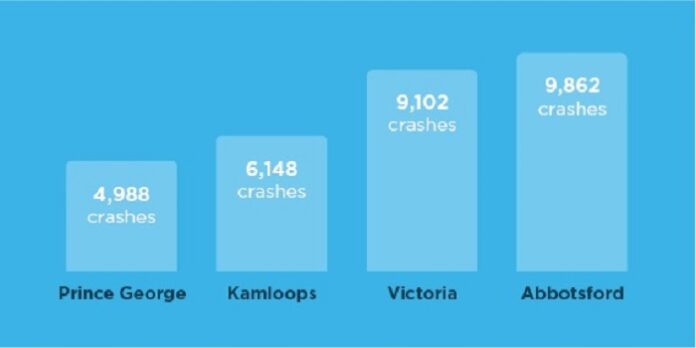 “Making sure the public is well-informed and supported is a priority,” said Nicolas Jimenez, ICBC’s President and CEO, on Tuesday. “We’ll continue to expand the data available on icbc.com to better support customers, researchers, media and stakeholders.”

ICBC is sharing more data publicly in a customizable, convenient format that will make data available to the public in a timelier way. This initiative also supports the B.C. government’s Open Data initiative.

Customers can customize the new data sets or download the data in its entirety.

Vehicle population data includes various fields such as municipality, vehicle type or area based on the first three characters of a postal code. Crash data can be filtered to the details of an individual crash, including the street and crash configuration (for example, rear end, head on or side impact). As an example, users can filter crash data to municipality level by severity, street name and identify whether a pedestrian or cyclist was involved.

More data will be added throughout the year on topics including contraventions and driver licensing.

Quick Statistics, a collection of the most commonly requested statistics provided in a simple view, was previously published as PDFs and is now available in a downloadable, interactive format. Quick Statistics and crash maps have also been updated with 2019 data.

BJP most popular party among Indian diaspora in US, but majority critical of Government policies

BJP most popular party among Indian diaspora in US, but majority...