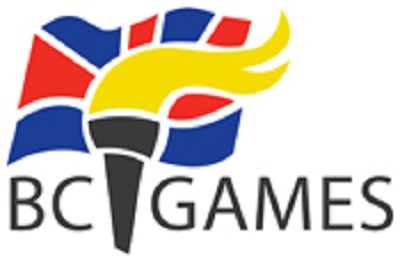 QUESNEL, Maple Ridge and Kelowna have been announced as host cities for the 2024 BC Winter and Summer Games and the 2026 BC Summer Games.

“Congratulations to the host cities for the 2024 and 2026 BC Winter and Summer Games. This is a wonderful opportunity for these cities to showcase their ‘A games’ as a sports event-hosting destination and to support B.C.’s young athletes,” said Melanie Mark, Minister for Tourism, Arts, Culture and Sport. “I know personally the power sport has had in my life, and I am proud to continue to shine a light on B.C.’s top athletic talent. Our government’s continued support to the BC Games Society enables them to deliver these games and ensures our athletes can reach their dreams.”

These games bring together athletes, coaches, officials, spectators and volunteers, and result in significant economic benefits to the regions over the four days of competition as part of the largest multi-sport event in the province.

The upcoming games will be held in:

The BC Games contribute to the development of sport and community through infrastructure improvements, volunteer engagement and a major event-hosting experience that leaves a lasting legacy for host communities.

“These communities will ensure that British Columbia’s best young developing athletes have exceptional sport experiences,” said Alison Noble, President and CEO, BC Games Society. “The 2024 and 2026 BC Games will bring new opportunities for sport and community development, but it is the collective hosting expertise, skills and qualities of community volunteers that will make each game a unique and memorable experience for participants. We look forward to working with the communities of Quesnel, Maple Ridge and Kelowna.”

The games are an important part of the progression of B.C.’s emerging high-performance athletes. For some athletes, the games may be the highest competition they participate in. Others may move on to the Canada Games or join national teams and go on to participate at international competitions, including the Olympic and Paralympic Games.

The B.C. government contributes more than $2 million annually to the BC Games Society to support the BC Summer and Winter Games. This is part of the more than $50 million invested annually by the Province to the B.C. sport sector.

About the BC Winter and Summer Games

* The BC Games Society is a Crown corporation that guides the BC Winter and BC Summer Games and prepares Team BC for national multi-sport games.

* BC Games are held every two years in even-calendar years.

* Athletes range in age from nine to 19 years, depending on the sport. The average age of the athletes is 14.

* Since 1978, the BC Games have taken place in 38 communities throughout B.C., involving more than 350,000 participants and volunteers, and thousands more as spectators and supporters.