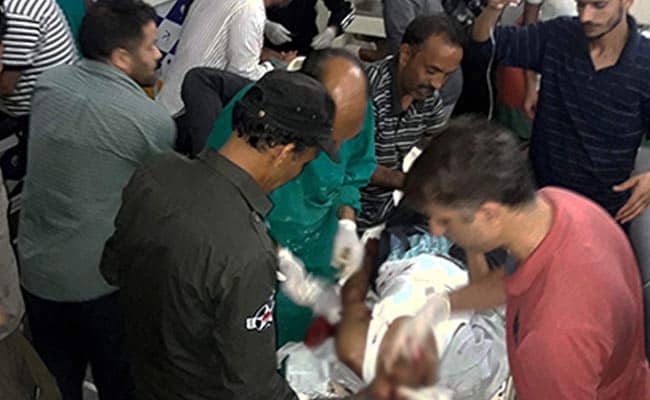 New Delhi (PTI): Condemnation against the Amarnath attack poured in from the international community on Tuesday, with the US and Iran deploring the strike and the UK, Germany, France and Bangladesh expressing their solidarity with India in the fight against terrorism and extremism.

While Bangladesh Prime Minister Sheikh Hasina wrote to her Indian counterpart Narendra Modi, condemning the “heinous” terror attack on Amarnath pilgrims and reaffirming her country’s support to India at this “difficult hour”, Nepal’s foreign affairs ministry, in a release, also strongly denounced the terrorist attack and expressed its condolences.

Strongly condemning the terror attack targeting a bus of pilgrims, Afghanistan President Ashraf Ghani said, “being enemies of civilisation and humanity, terrorists don’t respect any religion and law but in order to disseminate terror and hate, they target sacred locations and civilians including women and children.”

The UK’s acting High Commissioner to India, Alexander Evans, also condemned the attack. “The UK stands resolutely with India in the fight against terror,” he tweeted.

In a message, Pavel Dorokhin, member of state duma and deputy chairman of India-Russia inter-parliamentary committee, said, “on behalf of all our deputies in the state duma, I convey our deep condolences on the terrorist attack in J&K yesterday. Russia stands united against terrorism and terrorism cannot be justified.”

Dorokhin further said, “our joint efforts and unity in developing our cooperation will be the basis for ensuring security in Eurasia.”

“We deplore the attack on #Amarnath pilgrims & condemn all acts of terrorism. Deepest condolences to the families & all those affected,” the US ambassador’s official Twitter handle posted.

The US has appointed Kenneth I Juster as its ambassador to India, but he is yet to take office.

France sent out a message of solidarity. “France assures the people and authorities of India of its solidarity in face of terrorism. During their meeting in Paris on 3rd June this year, the French President and Modi, had declared counter- terrorism to be a priority of our strategic partnership,” said the spokesperson of the Ministry of Europe and Foreign Affairs.

German Ambassador Martin Ney in his message said he strongly condemned the terrorist attack on behalf of his government. He also conveyed deepest condolences to the families of the victims.

“Germany resolutely stands by India in the fight against terrorism and extremism,” Ney said.

“As the G20 leaders just reaffirmed in Hamburg, we are resolved to tackle terrorism as a common challenge to the global community,” he noted.

#AmarnathYatra represents faith and pilgrimage. Our condolences to the families @MEAIndia”

Hasina reiterated Bangladesh’s “zero tolerance” policy against terrorism and vowed to continue to work together with India to eradicate the menace, a Bangladesh embassy release said here.

The Embassy of Iran said in a release that it “condemns in the strongest possible words the Monday night terror attack on the Amarnath pilgrims.” The embassy also extended condolences to the Indian government and families of victims.

Canadian High Commissioner to India, Nadir Patel tweeted, “Our thoughts and prayers are with the victims of the senseless attacks on #AmarnathYatra Canada condemns all acts of terror @CanadainIndia.”

Sri Lanka, Mauritius and Bhutan also condemned the terror attack in which seven Amarnath pilgrims were killed and 19 injured when their bus came under heavy gunfire from terrorists in south Kashmir’s Anantnag district last night.

The bus, bearing a Gujarat registration number, was on its way from Baltal to Jammu when the attack took place.