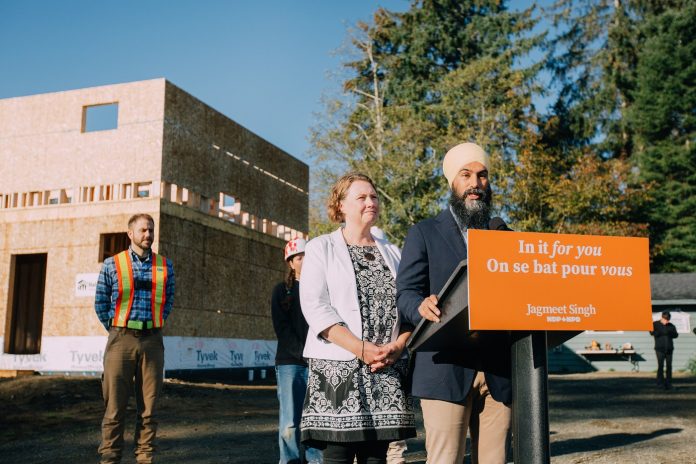 HELP is on the way for Canadians struggling to pay their rent every month with NDP Leader Jagmeet Singh’s plan to offer rental benefits of up to $5,000 each year.

“Instead of taking the housing crisis seriously, Justin Trudeau’s Liberals have made phony promises. Their plan actually spends less on affordable housing than during the previous ten years under Stephen Harper’s Conservatives,” said Singh on Thursday in Campbell River, B.C. “If we want to fix this mess, we need to have the courage to act. That’s why New Democrats will deliver immediate help for families who are struggling most to pay their rent.”

The NDP’s rental benefit will be targeted at families who are paying more than 30 per cent of their pre-tax income on housing, as immediate help to make ends meet.

The NDP says Trudeau has told renters to wait for help, while spending 4.5 billion taxpayer dollars on a pipeline and refusing to take on the money laundering and speculation that has driven up housing prices in B.C.

“We know it will take time to build the affordable housing people need; this is about getting families that are hurting the most relief right away – not waiting a decade from now, like the Liberals are proposing,” said Singh.