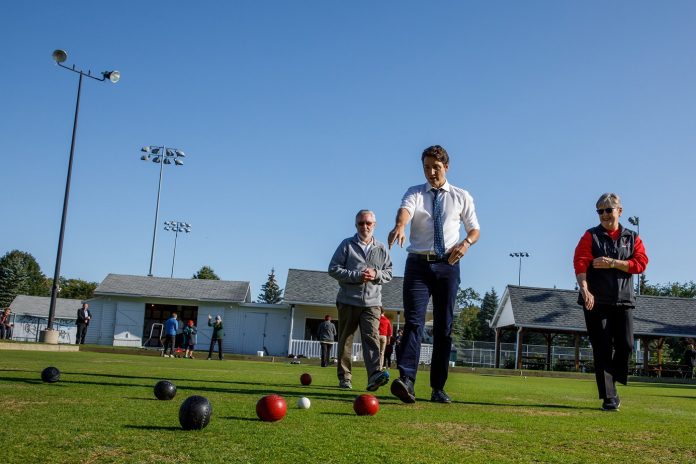 THE Liberals said on Wednesday that they will increase Old Age Security (OAS) by an extra 10 per cent once a senior turns 75, and will boost the Canada Pension Plan survivor’s benefit by 25 per cent.

They noted that Canadians are living longer than ever before, but as they age they face higher health care costs, and they’re worried about their savings running out. The number of seniors who rely on Guaranteed Income Supplement (GIS) payments — a monthly benefit that goes to the poorest seniors — goes up with age. Today, as many as 238,000 seniors live in poverty.

“Over the last four years, we’ve expanded benefits for older Canadians — helping lift 50,000 seniors out of poverty,” said Liberal Party Leader Justin Trudeau in Fredericton, NB. “But we know many seniors still struggle to keep up with their bills as they age. After a lifetime of hard work, people should have peace of mind knowing their retirement savings won’t run out, and that their government will be there to help.”

A re-elected Liberal government will take meaningful action — working in partnership with provinces and territories — to further strengthen the supports that seniors rely on every day:

Since 2015, the Liberals said they have taken real action to help more Canadians retire with confidence, including:

“Andrew Scheer voted against lowering the OAS eligibility age from 67 to 65, which boosts seniors’ retirement savings by thousands of dollars and lets them retire earlier, so they can spend more time with their grandkids,” said Trudeau. “His party also pledged to reverse the changes we made to strengthen the CPP. Seniors deserve more from their government, and if re-elected, we will continue to work to make sure they have a safe, secure, and dignified retirement.”