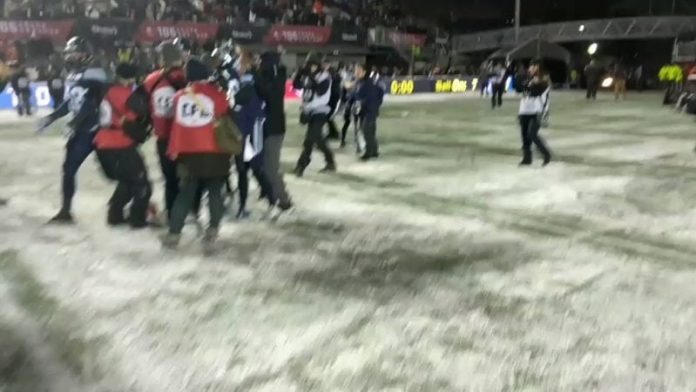 PRIME Minister Justin Trudeau on Sunday congratulated the Toronto Argonauts on behlaf of all Canadians on winning the 105th Grey Cup over the Calgary Stampeders 27-24 in Ottawa.

Trudeau said: “What better way to celebrate Canada 150 than coming together on a crisp and snowy night in the nation’s capital to watch the Grey Cup.

“The Grey Cup is one of Canada’s favourite traditions, and the pinnacle of Canadian football. It has been part of Canadian sports since 1909, when Governor General Earl Grey donated the first Grey Cup to the Canadian Football League.

“I congratulate the City of Ottawa and the RNation for hosting the 105th Grey Cup. I also thank both teams and the Canadian Football League for another memorable year and all they do to unite Canadians around sports.”