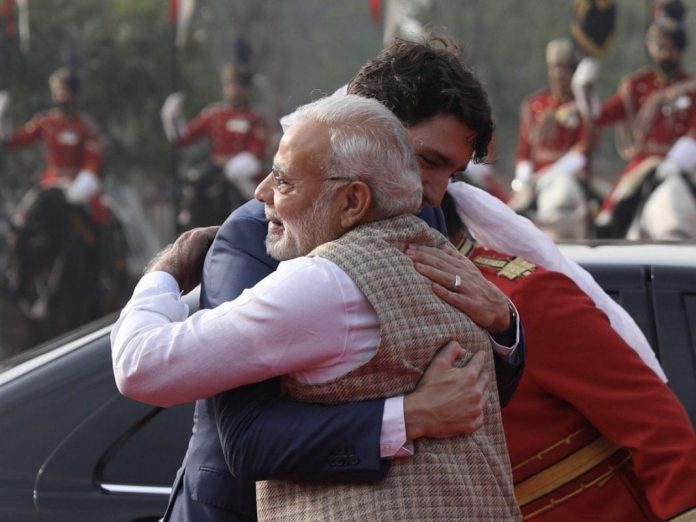 MUCH to the disappointment of anti-Trudeau Canadians, including right-wing journalists, who were cooking up all kinds of negative scenarios for Prime Minister Justin Trudeau, Indian Prime Minister Narendra Modi gave Trudeau and his family a very warm welcome at Rashtrapathi Bhawan in New Delhi on Friday morning.

A special exception was made for Canadian Prime Minister Justin Trudeau’s children — Xavier, Ella-Grace and Hadrien — to be at the ceremonial reception at the Rashtrapati Bhawan here on Friday, senior officials said.

Prime Minister Narendra Modi had on Thursday said he was looking forward to meeting Trudeau’s children and had posted a picture from his 2015 Canada visit, when he had met Trudeau and Ella-Grace.

“There was a special exception made for the visiting leader’s children to be at the ceremonial reception,” a senior official said.

After the ceremonial reception, Modi tweeted,”Glad that I had the opportunity to meet his family as well”.

Modi also posted his picture with Trudeau and his family at the ceremonial reception.

IN PHOTOS: Trudeau in Delhi on Thursday

What Trudeau will be doing on Friday & Saturday