MISSISSAUGA: The New Year brings new additions to the #MonsterArts for Youth (M.A.Y.) artist roster featuring a talented group of artists teaching workshops in a variety of arts disciplines. With the M.A.Y. program, schools are able to bring professional, world-class artists into the classroom to teach students about South Asian film, poetry, Bollywood dancing, visual arts, and music at no cost to schools or students. Curated by professional artists, the M.A.Y. program is the perfect way to get kids excited about the arts and to learn about their own culture and the cultures of their classmates in a fun, approachable way. The 2018 artist roster features award-winning talent leading workshops in Bollywood dance, music, spoken word, poetry, and film. To book a workshop with one of these world-class artists, visit http://www.monsterartsforyouth.com/. 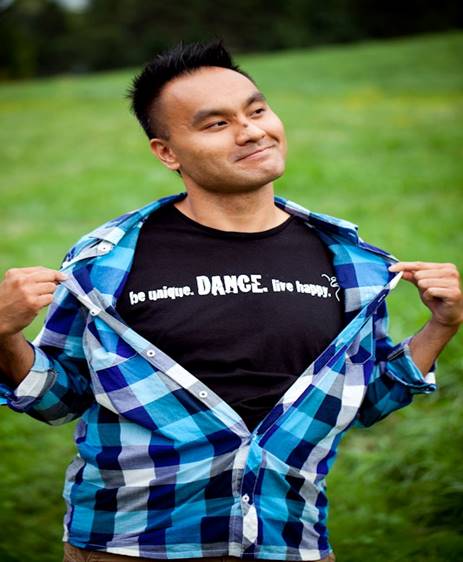 Alan Faigal was born and raised in Toronto and currently resides in Ajax. Though he might describe himself as introverted, Alan is anything but when dancing with his crew or working with youth. His dedication, energy, and passion are inspiring to his troupe and the youth he works with. Alan’s dance training has been with Culture Shock Toronto (CSTO), first as a class participant and then later as a troupe member. Prior to Culture Shock, he trained as a fitness instructor and has been in the fitness industry for over ten years. He has also performed at many #BollywoodMonster Mashup festivals (produced by MonstrARTity) as a dancer with Divine Heritage Artistry, a Bollywood fusion dance company.

Dilani Rabindran is the Founder & Managing Director of the Viewfinder Film Consulting company, an international firm dedicated to taking quality South Indian films around the world. Operating out of both Toronto, Canada and Chennai, India she represents and consults on films from the Tamil, Malayalam, Kannada and Telugu languages, and primarily helps quality independent cinema reach major global film festivals. Dilani also serves as an International Programming Associate for select international festivals, such as Toronto’s Reel Asian International Film Festival. She got her start in film after completing her MBA at McMaster University and joining the Toronto International Film Festival in project funding and South Asian programming.

Ed Hanley is a multi-dimensional artist – creator, performer, producer, cinematographer, recording engineer, video editor, photographer, blogger, and tabla player. Described as “a remarkable player, both in his musical thoughtfulness and his technical virtuosity,”  Ed’s multimedia work embraces the worlds of music, video and photography. As a tabla player, Ed has learned from some of the world’s leading artists, during 9 trips to India (Kolkata, Chennai, Pune) as well as in San Francisco and Toronto. From the Stockholm Jazz Festival and the Jaipur Heritage Festival, to Massey Hall in Toronto, Ed has been a featured performer at prominent music festivals and concert halls around the world. As co-artistic director of the world music ensemble Autorickshaw, Ed has earned two Juno Award nominations, as well as the Grand Prize in the World Music category of the John Lennon Songwriting Competition.

Krystal Kiran is a dancer, singer, actor and teacher with a background in the performing arts which blends her Western upbringing with her Eastern culture. She made her Broadway debut at the age of nineteen in Bombay Dreams in New York City, and since then has appeared in productions including A.R. Rahman’s Jai Ho World Tour and Lord of the Rings (Mirvish/Toronto). Recent film and television credits include choreography for the film Suicide Squad, as an actor in Hairspray, Hellcats, The Love Guru, Repo! The Genetic Opera, MTV Canada, The Rick Mercer Report, as well as working with artists and actors such as John Travolta, Jessica Alba, Alicia Keys, Ludacris, Ciara and Jann Arden. She is Founder/Creative Director at House of Kiran Productions, home to several projects including the establishment and distribution of the Maple Batalia Memorial Scholarship for the Arts in affiliation with Emily Carr University to support South Asian female arts students in BC.

Ria Aikat is the Artistic Director of Future Shock Toronto (a division of Culture Shock Toronto), a dancer and teacher who became passionate about dance at the early age of six. She started training in ballet, tap, jazz and hip hop and was later exposed to styles of dance closer to her cultural roots including Bharatanatyam, Bollywood and Bhangra. She enjoys fusing her Indian style with urban dance.

Samyuktha Sharath is a versatile Indian Classical dancer, arts educator and arts manager. She is trained in the Bharathanatyam dance form from the prestigious Kalakshetra Foundation in Chennai, India. She is also trained in Kathak and Indian folk style of dancing. Samyuktha has performed at prestigious festivals in India, U.A.E, Switzerland, Malaysia and now in Canada. She was a senior dance teacher at Sampradaya Dance Academy and also performed for the company. She is very actively involved in the arts in Toronto and has volunteered at numerous festivals and organizations. Samyuktha won the VACCT award in 2016 for her volunteering contributions.

Sheniz Janmohamed is an author, artist educator, spoken word artist and the Artistic Director of Sufi Poets Series. She has performed nationally and internationally for 10 years, featuring at the TedXYouth Conference, the Indian Summer Festival and the Jaipur Literature Festival. She has been published in a variety of journals including West Coast Line, Descant, and SUFI Journal. Sheniz has published two collections of poetry: Bleeding Light and Firesmoke. Her first book, Bleeding Light, received international praise and has been taught in numerous Canadian academic institutions including York University and the University of Toronto. She also facilitates creative writing workshops and retreats for writers of all ages. She assists participants in finding their voices, channeling their creativity, and collaborating together to create unique and meaningful poems and performances. Sumit Judge is a filmmaker based in Brampton, Ontario. His latest short film, Vishal, explores the trials and tribulations of South Asian international students in North America. He had the privilege of participating in many film festivals across North America, including the Toronto Reel Asian Film Festival and the Chicago South Asian Film Festival. His film went on to win the Viewer’s Choice Award at the Sikh International Film Festival, as well as the Air Canada Award at the Toronto Reel Asian Film Festival. Sumit now works with Desi Comedy, a South Asian comedy troupe. 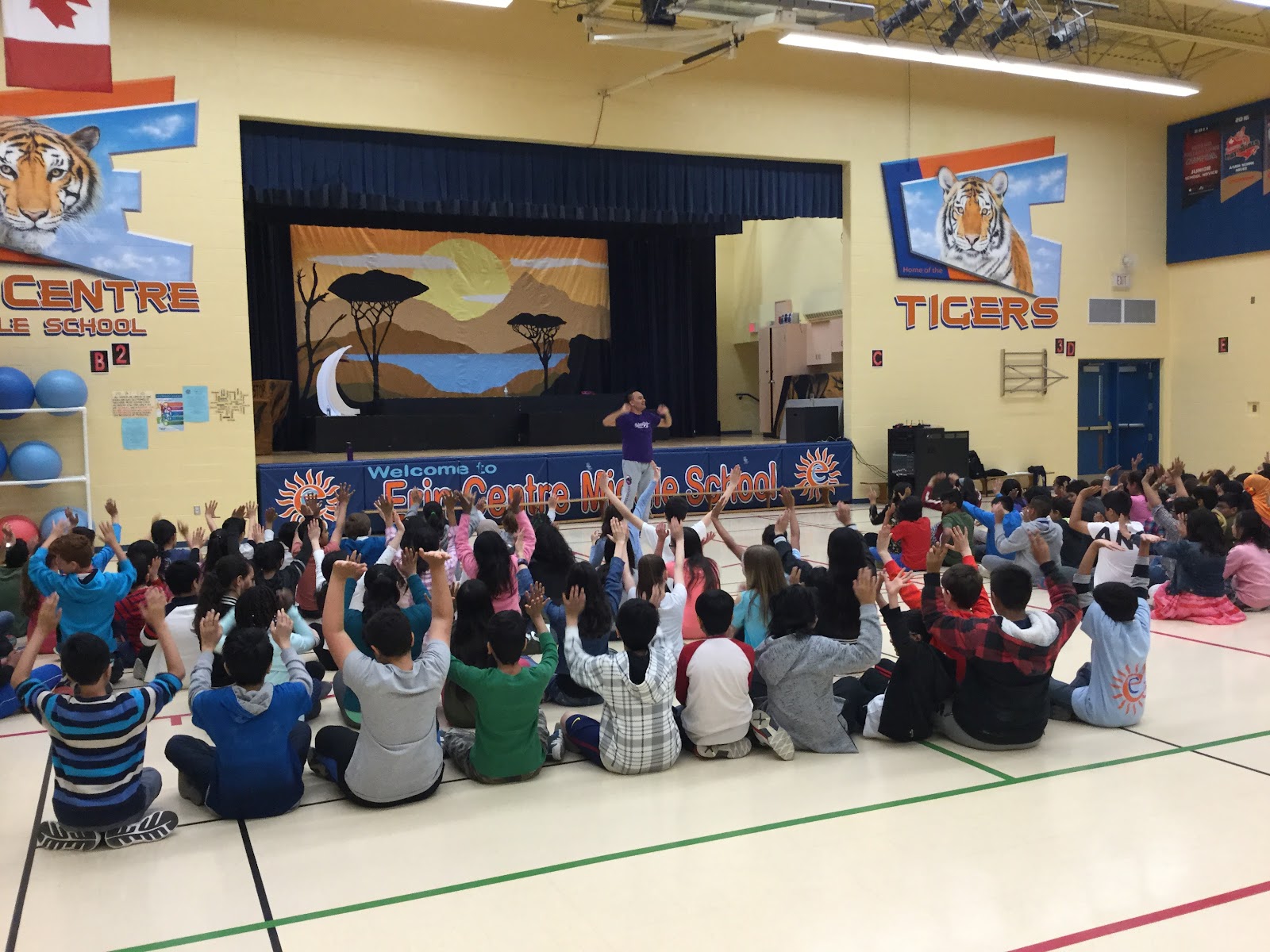 M.A.Y. Workshop at a middle school

For more information about the M.A.Y. program, or for teachers looking to book a workshop, contact MAY@monstrartity.com.

#MonsterArts for Youth announces workshops for the new year