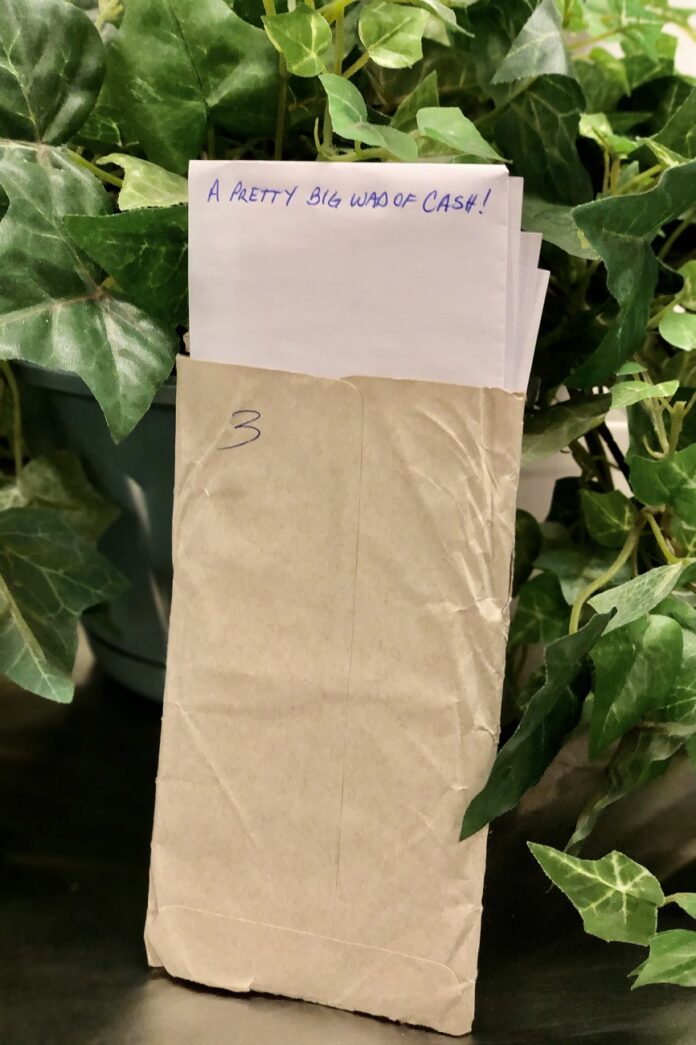 Shame on the dishonest people who tried their luck!

LAST week on Wednesday, North Vancouver RCMP issued a press release seeking the owner of a large sum of cash turned in to the detachment by a Good Samaritan.

Over the weekend, officers were able to identify the rightful owner of the $2,600, but it took some doing.

Call centre operators first had to wade through more than 50 cash-hungry contestants.

“We were really happy to hand the money back,” said Sgt. Peter DeVries. “Unfortunately for our call takers, this weekend was like a marathon episode of ‘The Price Is Right’.”

“Did 50 people lose large sums of cash in North Vancouver recently? I don’t think so,” added DeVries. “I thought we had made it clear we didn’t want people to play the guessing game. Maybe they didn’t read to the end of the press release.”

“While it’s disappointing to think there are people out there who might not have turned the money in, it is plain despicable to see people trying to falsely claim ownership. The person who did the right thing by turning the money in is to be commended,” said DeVries. “The focus of this story should be on their good and right actions.”

Officers attempt to locate the owner of property turned in to police, but they are not always successful. It is held for three months if it is valued under $5,000 and nine months if it is over $5,000. Following this, provided the property is not required for the purposes of an investigation, it is turned over to the Province.