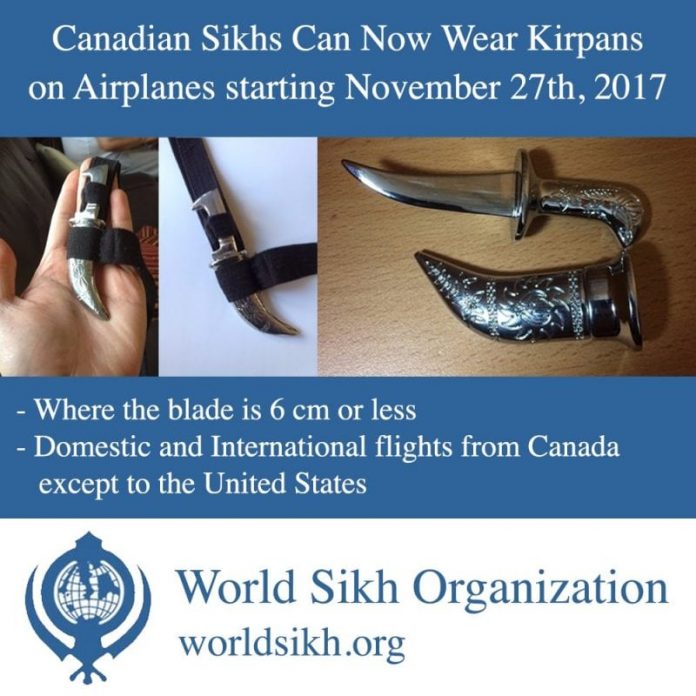 THE World Sikh Organization of Canada said on Tuesday it is disappointed by a ruling of the Quebec Court of Appeal upholding the Quebec National Assembly’s prohibition on the kirpan.

In January 2011, the appellants in the case, Harminder Kaur and Balpreet Singh, were part of a WSO delegation that had been invited to make a presentation at the Quebec National Assembly on on Bill 94 which would deny essential government services and public employment to individuals who wear facial coverings. The WSO’s team was excluded from the hearing before the Committee on Institutions because they were wearing the kirpan. The Sikh faith requires initiated men and women to wear the five Sikh articles of faith, including the kirpan, at all times.

Quebec Court of Appeal Justice Patrick Healy rejected the WSO’s appeal in a decision released on Monday on the grounds that the Quebec National Assembly may exclude individuals based on parliamentary privilege. The Superior Court decision had upheld the authority of the QNA to “exclude kirpans from its precincts as an assertion of parliamentary privilege over the exclusion of strangers.”

Notably, Justice Healy remarked in the decision, “I make no comment whether the assembly’s exercise of the privilege to exclude the kirpan is a wise decision.”