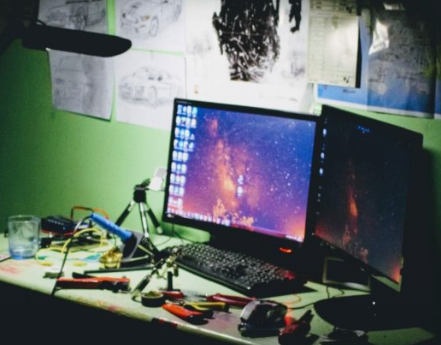 OVER 100 youth from southern Alberta have been victimized by sextortion scam offences since March and the Internet Child Exploitation (ICE) unit of Alberta Law Enforcement Response Teams (ALERT) is reminding parents to promote online safety in the home.

Sextortion scam offences have inundated ICE and the same can be said for its partner agencies across Alberta, even worldwide. ICE has partnered with colleagues from around the world, including the RCMP’s National Child Exploitation Crime Centre (NCECC), Toronto Police Service, the FBI, U.S. Department of Homeland Security, and the Australian Federal Police to investigate and disrupt sextortion offences.

Recently, ICE’s international partnership proved valuable with the arrest of an Australian-based offender who extorted $1,000 from a Calgary youth. ICE’s investigation traced the recipient of the proceeds of crime and an arrest was made in September.

“It’s heart-breaking to see first-hand the devastating impact these types of offences are having on kids, and our colleagues in the U.S. have linked sextortion to more than a dozen suicides. ICE units worldwide are collaborating to investigate, but we really need help in raising further awareness and making sure these conversations are taking place in homes and schools,” said Detective Dean Jacobs, ALERT ICE.

“Our unit has handled well over 100 cases, but the sad reality is that we know the numbers are much higher. There are kids out there who have fallen victim, but are also too scared or embarrassed to seek help and resources,” said Detective Steve Brighton, ALERT ICE.

How the sextortion scam works
Sexual extortion typically involves the suspect befriending teenage youth victims via social media, usually purporting to be a female peer from a neighbouring community and /or school, or social media acquaintance. The suspect will create the appearance of a promising online relationship and will send a sexually explicit image(s) to the victim, with the demand that they reciprocate. Once obtained, the youth are threatened that this material will to be released to friends, family, or shared on the internet until a payment is made. Suspects demand payment in the form of banking information, credit card numbers, e-transfers, or gift cards.

Sextortion targeting young boys
The majority of the offences taking place over Snapchat and Instagram and with over two thirds of all cases targeting boys between the ages of 9-17 years old. These circumstances create panic, shame, and youth are reluctant to reveal their mistake to a trusted adult.

Suspects often overseas
While the sextortion investigations are ongoing, arrests will prove challenging as the suspects are believed to be operating overseas, much the same manner as more traditional phone scammers. It is not unusual to have multiple suspects across multiple jurisdictions – some doing the extortion, some collecting the cash. Suspects, like many other online scams, are organized and motivated to obtain money in any fashion.

Victims are encouraged to contact local police as digital evidence is often times sensitive and can often be deleted.

What to look out for
When talking to new people online you should be wary of:

Adults play an important role in prevention
Studies show that 1 in 3 victims of sextortion never told anyone, largely due to embarrassment or shame. Building trust with kids is a key factor to making sure they get the support they need when things go wrong.

In addition, the Canadian Centre for Child Protection has an extensive library of resources and research available online at: www.protectchildren.ca