Home Breaking News Police officer gives up his wheels to a young man in a...
Facebook
Twitter
WhatsApp
Email 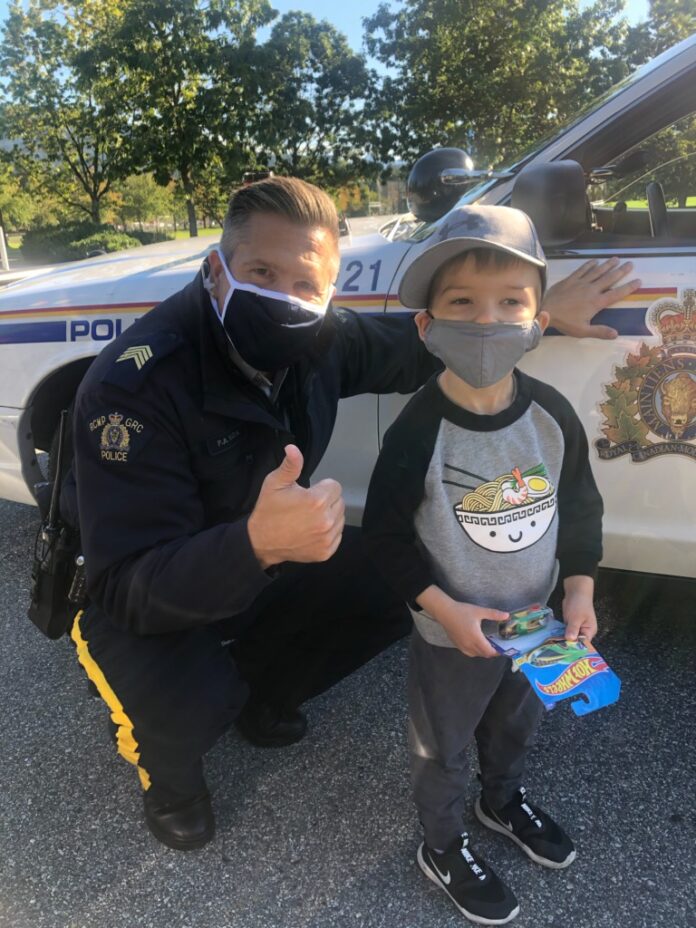 A young man in a mask took a police officer’s car – but this was no carjacking.

On September 28, at Coquitlam’s Town Centre Park, the boy and his mother approached Staff-Sgt. Vadik just to say hello and get a closer look at his police car.

“I gave him a tour of my police cruiser, but I also gave him a Hot Wheels car that I carry in my pocket for times like these,” said Vadik. “I was influenced by a police officer who was kind to me when I was a boy. I want children to have that same experience. And what kid doesn’t like Hot Wheels?”

On that same day, a stranger bought Vadik’s coffee as he was using a drive-through. He returned the favour by buying coffee for the next car in line.

Meanwhile, Vadik will soon be reloading his pocket with more Hot Wheels for the next child in a mask who says ‘hi.’

DELTA Police said on Friday that they have identified a number of youths behind an increase in graffiti and vandalism in Ladner...
Read more

VANCOUVER Police have made an arrest and are continuing their investigation into a large structural fire on Main Street near Broadway Avenue...
Read more