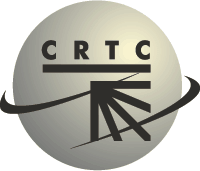 The secret shopper report concludes that the vast majority of the enlisted shoppers’ interactions with the providers’ sales staff were perceived as positive. However, approximately 1 in 5 shoppers perceived that they may have faced misleading or aggressive sales practices. The report also indicates that misleading or aggressive sales practices occur at a higher rate for certain vulnerable segments of the Canadian population, such as individuals with disabilities and those whose mother tongue is neither English nor French.

This secret shopper project comes on the heels of the CRTC’s 2019 Report on Misleading or Aggressive Communications Retail Sales Practices, which found that such practices have a harmful impact on Canadians. The report was the result of a public consultation the CRTC held in response to a request made by the Governor in Council in June 2018.

This initial project was conducted by Forum Research Inc. The field work occurred in early 2020 in several locations throughout Canada and measured interactions with sales staff in person, over the phone and online. The CRTC intends to proceed with future iterations of the secret shopper project to assist in its decision-making processes.

Ian Scott, Chairperson and CEO, CRTC, said: “The secret shopper project allowed us to gain on-the-ground insight into the challenges Canadians may face when engaging with communications service providers’ salespeople. While we are encouraged by the results, more needs to be done to stop misleading and aggressive sales practices. This is why the secret shopper project will continue into the future. We look forward to using this information to promote the fair treatment of consumers.”