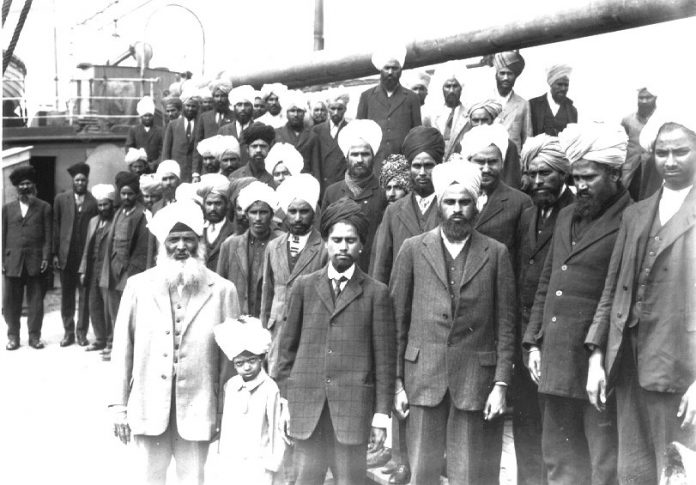 MINISTER of Technology, Innovation and Citizens’ Services Amrik Virk on Friday announced a $2 million contribution to Knowledge Network for the making of Lions of the Sea, a feature film and miniseries, based on the history of the Komagata Maru incident.

First Take Entertainment Ltd. is producing the feature film and four-part miniseries. Set in 1914, the film will chronicle the tragic story of 376 Indian passengers that sailed into Vancouver’s Burrard Inlet aboard the Komagata Maru in the hope of opportunity and a better life, but who were turned away. Tragically, upon their forced repatriation to India, 19 individuals were killed.

This production provides an opportunity to highlight the early struggle of South Asian Canadians for justice and equality and a key part of the province’s history. South Asian pioneers have established strong cultural ties between India and British Columbia, playing a significant role in shaping immigration policies and furthering B.C.’s international trade and investment.

In 2008, the B.C. Legislative Assembly made a formal apology to the South Asian community and to the families of the victims of this incident.

With this contribution, Knowledge Network will be able to broadcast the film and miniseries on its television service, and stream them on its website and apps. The production will begin this year, as the province celebrates its history and diversity as part of Canada’s 150th anniversary in 2017, and prepares to celebrate the 150th anniversary of B.C.’s entry into Confederation in 2021.

First Take Entertainment is a Canadian-based international film production house specializing in feature films. The company will engage with Community Foundations of Canada to hold complimentary screenings of the film at community centres, schools and libraries in B.C. and Canada, as well as to provide curriculum and copies of the DVD and miniseries. The estimated production budget for Lions of the Sea is between $16 and $19 million, with contributions coming from the Knowledge Network and other Canadian entities.

Virk said: “The Komagata Maru incident is a dark chapter in our history that reflects racial discrimination and policies of the time. Through education and awareness, we honour our multicultural fabric and values and vow to never make the same mistake again.”

Rudy Buttignol, President and CEO, Knowledge Network Corporation, said: “This is a timely initiative as we reflect on our nation’s past during the Canada 150 celebrations. The Komagata Maru story is an important and critical part of B.C.’s history, and continues to be relevant in today’s globalized world.”

Vinay Virmani, Creative Producer, First Take Entertainment, added: “In association with Salman Khan, we are extremely excited to partner with the Knowledge Network and the Province of British Columbia to produce the First Indo Canadian co production Lions of the Sea – The Voyage of the Komagata Maru. The most important history lesson our youth can absorb from the Komagata Maru incident is that the freedoms and openness we celebrate in Canada today would not have been possible without the enormous sacrifices made by the brave souls connected with this tragic chapter in our history – who risked life and limb to create the first inroads that have eventually led to our nation becoming the inclusive, welcoming and multicultural Canada of today.”