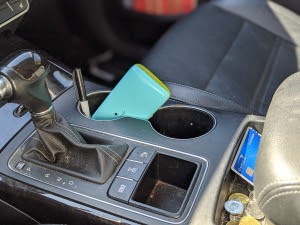 OVER the course of the last week, South Delta has seen a sudden increase in theft from autos. On the weekend of March 8, six thefts were reported in Tsawwassen to the Delta Police Department. Five of the six victims reported that they had left their vehicle door unlocked. Items such as sunglasses, jackets, change, wallets, and a 25-year-old bear spray were among the stolen items.

Overnight on Wednesday, March 10, nine thefts from auto were reported to the DPD in Ladner. A variety of items, including sunglasses, wallets, jackets, tools, cash and curling shoes were reported stolen from unlocked cars, and a jacket and tools were stolen from locked cars.

Most recently, Boundary Bay has been targeted, with three thefts taking place on Sunday, March 15.

Delta Police warn: “Theft from auto is a crime of opportunity. Thieves will take the opportunity to steal anything that they want or have easy access to. Please do not leave any valuables or visible items in your vehicles – what you might not deem valuable (an old jacket or coins) might be seen as valuable to someone else.”

“While this rash of theft from autos is concerning to Delta Police”, says Public Affairs Manager Cris Leykauf, “overall, this type of crime is down across Delta by 25% from this time last year. We’ve stepped up patrols, but we also encourage residents to make the 9 p.m. check part of their daily routine. Make a habit of checking before you go to sleep to ensure you have not left anything in plain sight in your vehicle.”

If you believe that you have been a victim of a theft from auto, or that your vehicle has been rummaged through, report to the Delta Police Department non-emergency line at 604-946-4411.

Delta Police search for driver in Tuesday’s hit and run