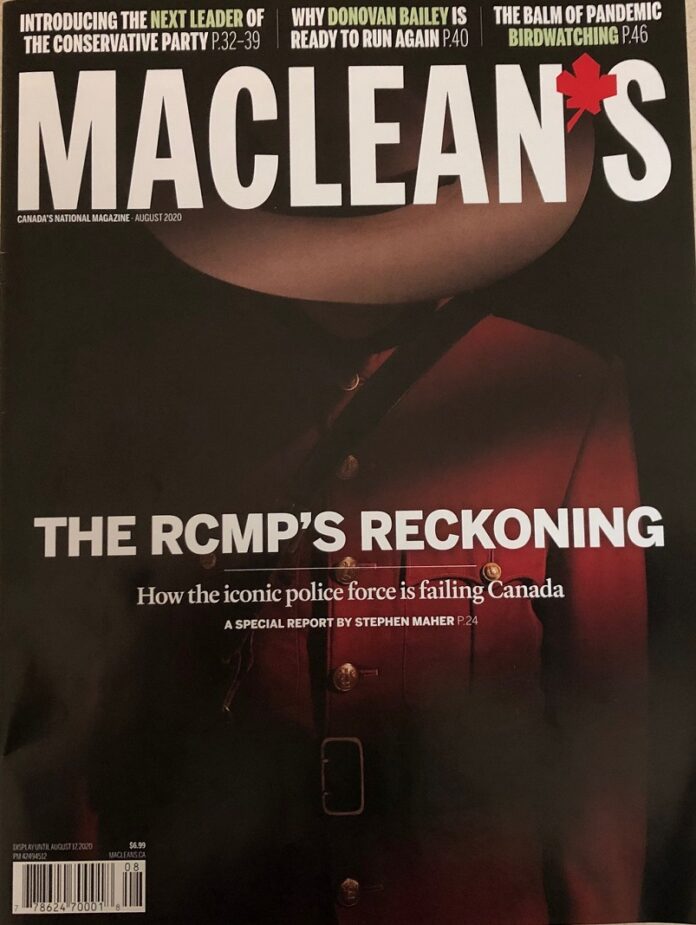 ARE RCMP Commissioner Brenda Lucki and her officers in charge in B.C. and Surrey encouraging their supporters – whom they undoubtedly instruct and control – to unleash vicious attacks against the Surrey Police Board that is holding its first meeting on Thursday? Of course, they will very conveniently deny they have anything to do with it as the RCMP have always done when it comes to dirty tricks (remember the way they sabotaged the career of then-solicitor general Kash Heed who wanted to replace them with a B.C. police force? – see story below).

The language and the blatantly bullying tactics that one such lobby group has been using clearly reflect a FASCIST mentality. That the RCMP and their supporters can sink to such low levels doesn’t come as a surprise when we realize that many of the male officers who harassed female officers and other staff – and because of whom we taxpayers have to pay the victims compensation of $200 million (see links to the stories below) – are still in the force.

The Surrey Police Board is here because of the democratic process that some with a mob mentality are out to sabotage because they feel their influence is declining. Let us once again try and educate these characters who have tried to use every dirty tactic possible (including using the pandemic crisis to scare people) and hope they learn to be more civilized (though don’t hold your breath!):

1. Surrey Mayor Doug McCallum and seven of his Safe Surrey Coalition members won the election fair and square on the pledge that they would form a Surrey police force to replace the RCMP. In fact, all the eight new Councillors, including the lone one from Surrey First, voted to ditch the RCMP at the very first Council meeting.

2. The Police Act says that any city with a population of more than 5,000 can decide what type of police force they want. So, when the City of Surrey approached the Provincial Government with its proposal, the latter had no option but to give the go-ahead. In spite of three Councillors ditching McCallum’s group, the mayor still controls the majority vote in Surrey Council.

3. Among the tactics that the pro-RCMP forces started resorting to was the call for a referendum on the change in policing. However, legally, only the City can authorize such a referendum – the Province or the federal government cannot. Yet despite this fact, the RCMP bosses have been apparently inciting their supporters to carry on with that demand.

Canada’s premier magazine – MACLEAN’S – has done an excellent cover story – “THE END OF THE RCMP?” – exposing the RCMP’s increasing irrelevance especially in the wake of the Nova Scotia massacre. “Twenty-two people were killed – including beloved officer Heidi Stevenson – one officer was injured and an unknown number are off with PTSD after sorting through the smoking ruins left by the killer,” writes Maclean’s.

The daughter of one of the nurses who was killed “is furious that it took the Mounties seven hours to notify her family that her mother had passed away.” She told the magazine: “I pray that they f–king learn something. If nothing else, they learn something because they made some horrible, horrible mistakes. I’m trying to tread lightly…but they dropped the ball in Nova Scotia.”

As we reported last week, federal Public Safety Minister Bill Blair said in a statement: “We have heard calls from families, survivors, advocates and Nova Scotia members of Parliament for more transparency. The government of Canada is now proceeding with a full public inquiry [into the April 18-19 massacre in Nova Scotia].”

That inquiry is NOT going to be very pretty for the RCMP!

Maclean’s reports: “The force seems to reel from crisis to crisis, repeatedly studied, analyzed, audited, sued, charged, convicted, found wanting by anyone asked to sit in judgment of its sprawling community policing empire.

“And everyone – even the most faithful retired staff sergeants, whose identities are so closely tied to the red serge and the stetson that they bridle at any criticism – thinks the force has allowed community policing, the relentless demand for bodies in detachments, to drain the organization of the resources it needs to address its core function: federal policing.”

Yes, that is where the RCMP needs to be: FEDERAL POLICING!

IN April 2011, writing about the vicious manner in which the RCMP tried to discredit then-solicitor general Kash Heed in then-Premier Gordon Campbell’s government, I wrote: “The RCMP should end its shameless harassment of former solicitor general Kash Heed now that after all their desperate attempts to find something against him have failed miserably as a special prosecutor has exonerated him in an investigation into his 2009 election campaign in the Vancouver-Fraserview riding.”

But the RCMP wouldn’t stop trying every dirty trick in their book to nail Heed and I kept exposing them left, right and centre. One of my articles [in January 2011] was titled: “Are RCMP Out To Get Kash Heed For Wanting To Replace Them With Regional Police Force Or … ?”

The RCMP even tried to cause divisions in the ruling party by leaking out Heed’s personal emails in which he had criticized some of his colleagues! Indeed, the RCMP is always ready to stoop as low as possible to achieve their goals.

Earlier, the RCMP rattled by my write-ups got an official spokesperson whom I had known for years to call me up to assure me off the record that the RCMP were not after Heed and that they, in fact, hoped all this would go away. He said my articles were read by the whole South Asian community and so he was reaching out to me.

The spokesperson told me that he in fact had asked one of the investigators if any senior RCMP officer had instructed him to do this or that and he had replied that if any officer had tried to interfere, he would have told him to get lost. He said that he just wanted to assure me that the Mounties had nothing personal against Heed.

But then Barinder Sall, who was the campaign manager for Heed in the Vancouver-Fraserview riding, confirmed to Vancouver Sun columnist Ian Mulgrew that the Mounties were out to get Heed.

Sall told Mulgrew: “The police come to you and say, ‘we’d like to talk to you, see what you have … give up your buddy, [we’re] not interested in you. Give him up.’ I didn’t give anybody up.”

That was something that I had been pointing out time and time again since 2010 when this whole affair started and now Sall had confirmed it!

As I wrote back then: “There is NO WAY that the investigating officers would have told Sall “give up your buddy, [we’re] not interested in you” without instructions from the VERY TOP!

Yes, that’s how the RCMP operates.