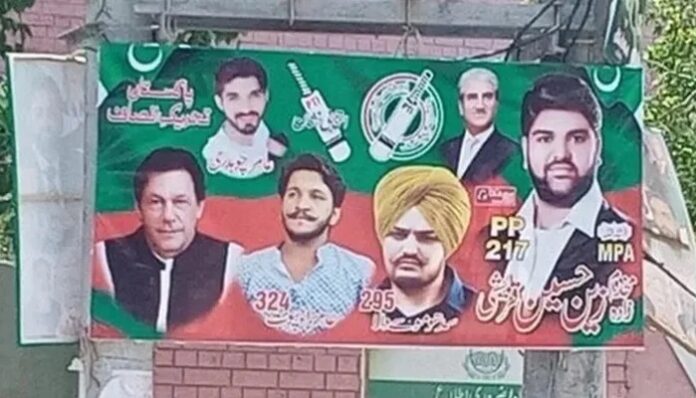 The popular Punjabi singer was killed on May 29, shocking his fans across the world. He was equally famous for his melodies among Punjabi speakers in Pakistan as well, The News reported.

Now the pictures of Moosewala have appeared on the posters of the PTI candidate for the Pakistan Punjab byelection scheduled on July 17.

It shows Zain Qureshi — the son of former Foreign Minister and PTI Vice Chairman Shah Mehmood Qureshi — and other local party leaders, with Moosewala referring to his hit song “295”, The News reported.

Responding to the viral pictures, Zain expressed ignorance about the posters.

Speaking to BBC Urdu, Zain said, “I would like to thank everyone who has printed a picture of Sidhu Moosewala on the poster as this poster has gone very viral because of his picture. None of our posters had gone so viral before.”

The PTI leader further said that “they are trying to find out who printed the picture on the poster and the reason behind it”.