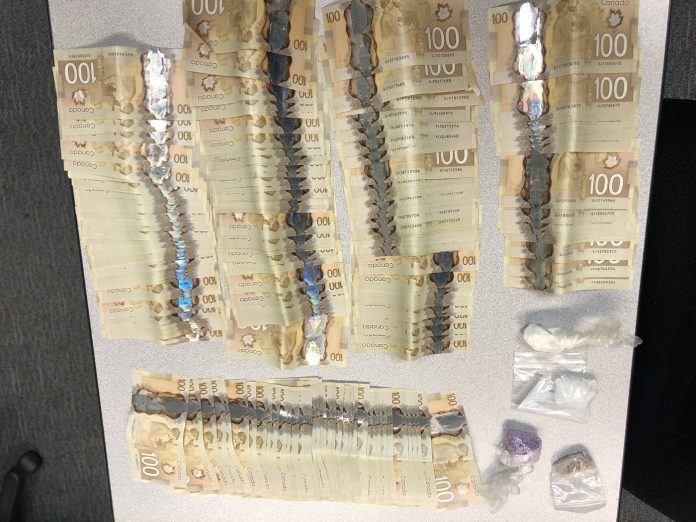 SURREY RCMP have seized illicit drugs and cash from a Whalley residence following an investigation by its Community Response Unit (CRU).

The seizure is the result of an investigation which began on March 5. The CRU was on a pro-active patrol in Whalley when they observed suspicious activity, consistent with drug trafficking, at a residence located in the 11400-block of 124th Street.

The investigation led to the execution of a search warrant on April 22 and as a result police seized plastic packages containing suspected fentanyl, hard-pressed pills, and methamphetamine. Police also located and seized approximately $25,541 in cash.

A man and woman were detained at the residence and released pending further investigation. No charges have been laid at this time.

“The illicit drug trade is a significant driver of crime in our community,” said Staff-Sgt. Mike Deneumoustier on Monday.  “We will continue to pro-actively investigate illegal drug activity in our community to reduce crime and keep Surrey safe.”

If you suspect drug activity in your neighborhood, call Surrey RCMP at 604-599-0502 or, if you wish to make an anonymous report, contact Crime Stoppers at 1-800-222-TIPS or www.solvecrime.ca.