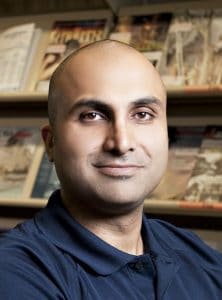 I think often of how different things could have turned out. It was horrible, no doubt about that, but it could have been so much worse. When she first started acting differently, she was surrounded by loved ones that knew something was wrong.

We were able to bypass the crowded public system as we were able to afford certain tests through a private clinic, but even those tests didn’t give us a diagnosis.

Understanding the importance of advocacy, especially because the illness impacted her brain and rendered her unable to advocate for herself, I managed to get her in to see a psychiatrist, because many of the initial symptoms mimicked mental illness. I knew this psychiatrist and that’s how I was able to get her in to see him – otherwise there were no psychiatrists in Surrey even taking new patients.

I was also lucky enough, having made some strong relationships after having worked over 15 years in the social services field, to know several doctors who I could informally chat with. It was one of those doctors who was first to correctly diagnose the illness. This doctor then called in a favour to the clinic that specialized in these health issues, and they confirmed the diagnosis. It was devastating – frontotemporal dementia. She was just 36 years old. Within a few years, she was residing in a care home, the disease having taken away so much of who she was. A few months after her fortieth birthday, she passed away.

But as odd as it sounds, we – her loved ones – were lucky. We got a diagnosis in a relatively short time. We had the financial means and the connections to get things done fairly quickly. But I can’t help wondering how unlucky others could be when faced with the same kind of illness affecting a loved one. Would a person living in poverty, or a newcomer to this country, have such abilities to speed up or even bypass our traditional healthcare systems? How many of their loved ones have deteriorated waiting for an answer to find out what is happening?

I also think often about how bad things could have turned out if she wasn’t surrounded by people who cared for her. Would she have lost her job – especially because while her behaviours were so odd to those around her – the illness rendered her unable to see what was so obvious to us? What if she was a single mom, would she have lost her kids, after all they would have come to school wearing the same clothes day in and day out, and not being fed properly, because she would forget to do that, again without even realizing it? Would she have lost the roof over her head? Without a job, there would be no money to pay the rent. And would she have been heavily exploited, vulnerable to basically anyone devious enough to take advantage of someone who could no longer take care of themselves nor recognize even the most obvious signs of danger?

I can’t help but question how our current social service system for the most part believes adults are capable of making their own decisions, and thus can choose to be homeless and exploited by others. Now by no means am I saying that homeless people are walking around with dementia – but perhaps there are a few out there who, like her, look totally fine in appearance but have some brain impairment that seriously impacts their decision-making and functioning. How badly is our system failing them?

This observation often drives the work I do – trying to help those that may not necessarily be able to help themselves. I wish our health, criminal justice and social service systems could do the same. Those of us with privilege should be grateful for it, but let’s not forget to help those who may not have such advantages in their lives. We are all members of the same race, after all.

I write this in honour of a mother, wife, teacher, daughter, sister, and gentle and kind human being that we lost much too soon.