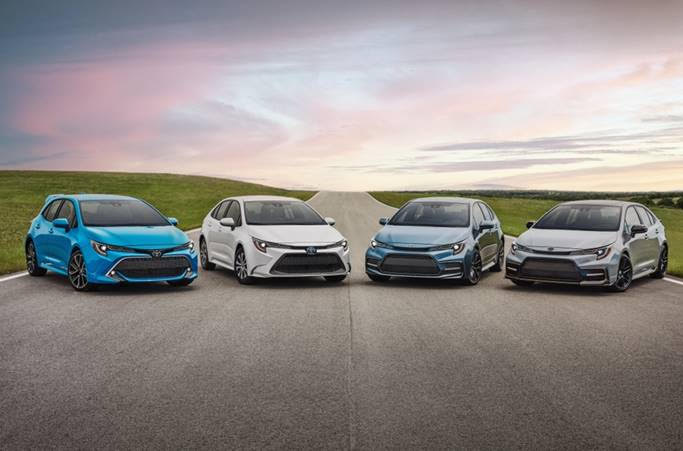 TORONTO, ON: This summer past, Toyota sold its 50 millionth Corolla, including over 1.6 million in Canada, a milestone not just in Toyota history, but automotive history as well. Now in its 12th generation and over 55 years in production, Corolla remains one of the world’s top-selling vehicles, earning buyers’ confidence and trust one car at a time.

Toyota introduced the Corolla in 1966, and it arrived in Canada in 1969.As the Corolla quickly evolved to offer more room, comfort and performance, it became a value benchmark in its class and grew into one of the largest branches in the Toyota family tree. Corolla’s most significant role, however, has been the one it has played in the lives of the millions who have been buying and driving this dependable model for more than half a century. The Corolla has been making memories and stories for nearly three generations of customers. That adds up to billions of first jobs, first dates, daily commutes,graduations, vacations, doctor appointments, weddings, kids’ ballgames … all the meaningful events that make a life. Even people who never owned a Corolla have a Corolla story to tell about one they remember a friend, neighbour, cousin, or co-worker driving.

Fifty million cars later, this pillar of the Toyota family remains trusted for being well equipped for any situation. For an affordable price, the 2022 Corolla combines advanced tech, sporty style and top-level comfort with great fuel economy and the protection of standard Toyota Safety Sense 2.0 including automatic emergency braking.

While the 2022 Corolla may seem light years from its late 1960s ancestor, its core values trace a line right back to that first edition. The Corolla continues to evolve to meet the ever-changing needs of a growing and diverse customer base but has never veered from its mission to deliver renowned Toyota quality, durability, and reliability with high fuel economy at an affordable price. It’s just gotten a whole lot more refined and enjoyable to drive.