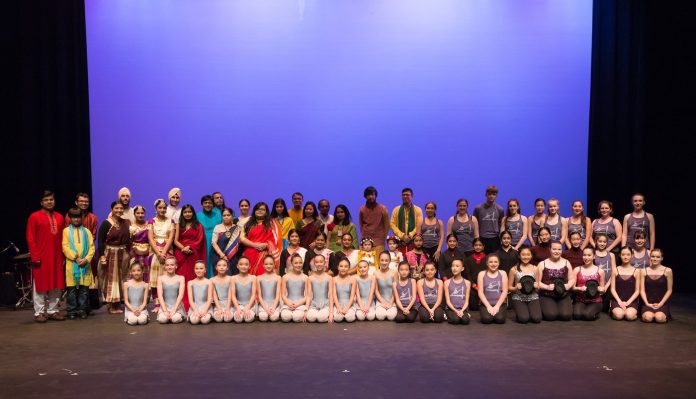 Inspired by Rabindranath Tagore’s idea of ‘confluence of culture’, the event turned into an amalgamation of performing artists from different backgrounds and heritages.
Rabindranath Tagore (1861-1941), a cultural icon in South Asia, was a polymath, poet, musician, and artist. He was the first lyricist to win a Nobel Prize in literature. Tagore’s songs and literary works have been celebrated across the globe for over a century.

Vancouver Tagore Society is the torchbearer of Tagore’s work in the Western Canada. Since 2011, the society has been organizing the West Coast Tagore Festival every year.

A key attraction of this year’s West Coast Tagore Festival was a musical, Colours of Life. Building upon some timeless Tagore songs and showcasing live music, dance-drama, and visual arts, the musical explored how various emotions interplay in our life and connect us to the pulse of eternity.

Other performances included ballet, tap, and lyrical jazz dances by the Richmond Academy of Dance; Western Classical melodies by Genesis Trio, a Vancouver based chamber ensemble; and Bharatanatyam, a major form of Indian classical dance.
The event was supported by cultural grants from the City of Richmond and the BC Arts Council.