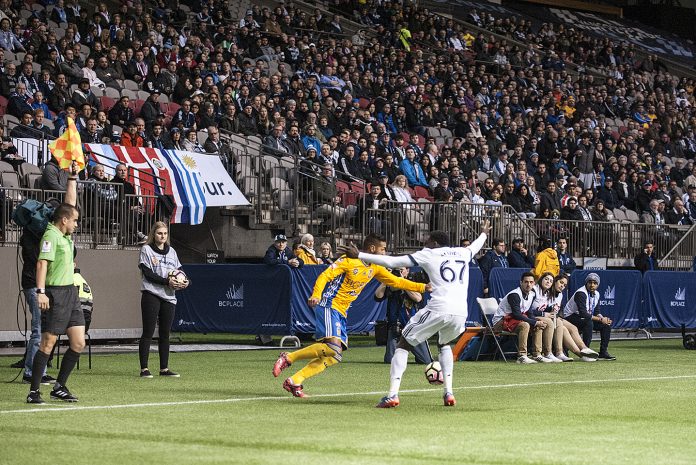 VANCOUVER: It lasted nearly two full calendar years and spanned three MLS seasons, but Vancouver Whitecaps FC’s second CONCACAF Champions League adventure came to an end at BC Place on Wednesday with a 2-1 loss on the night, and a 4-1 semifinal defeat on aggregate, to Mexican giants Tigres UANL.

Starting with their 2015 Canadian Championship triumph, the ‘Caps CCL run consisted of 12 matches, and saw them just 45 minutes and two goals away from making some more history for the club and claiming a place in the Champions League final.

It wasn’t to be, but ‘Caps coach Carl Robinson was left feeling immensely proud of what his squad had achieved in their two-year run and will take a lot from it.

“Proud to be manager of this football club and this group of players,” Robinson told reporters after the match. “Getting to this level and getting to this part of the tournament against a top team that now has a chance to go and win it.

“I’ll take my experience from it as well. Trying to pit my wits against a top coach and a top team. I think we went toe-to-toe, but sometimes you have to hold your hand up when you’re beaten by a little bit of quality, and we were today.”

The ‘Caps came out guns blazing, taking the lead on the night thanks to a third-minute Brek Shea strike, but after Tigres hit Vancouver with two second-half goals, it was game over.

“It’s been historical,” goalkeeper David Ousted said of the run. “It’s the first time the club has been in a position like that. For us players, it’s been huge to play these kind of teams and playing in a tournament like this. We made it to the semifinals, unfortunately it stops here, but it’s been a good opportunity for us to show that we can go toe-to-toe with some of the better teams in CONCACAF.”

Robinson had cited the task facing the Whitecaps ahead of the game as “mission impossible,” but by halftime they were one goal away from leveling the series. The ‘Caps had some excellent chances over both legs, and although it may have been the expected result in the end against one of the most consistently strong teams in Mexico, there is still an element of what could have been about the two matches.

Robinson said he had “mixed emotions” after the Whitecaps missed opportunities, but he’s hoping that he and his squad can use what they’ve learned from their run for their next foray into the Champions League.

“We’ll take the experience,” Robinson added, “and we’ll bottle it and we’ll go again for next time because there’s nothing to be ashamed of in that locker room.”

For Ousted, with just MLS to now concentrate on, he’s hoping the team can use it immediately to boost their league play.

“What it does is it probably leaves guys a little bit fresher legged,” Ousted said. “We won’t have that Tuesday/Wednesday game to look to but we’ll take the momentum we’ve created in CONCACAF and the last couple of games here, and we’ll try

and bring it into MLS.”