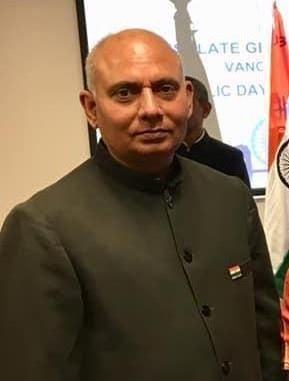 North Vancouver Provincial Court Judge Patricia Bond found 62-year-old Deepak Sharma of Abbotsford guilty of the offence. A date for sentencing has yet to be set.

What has made this even more embarrassing for the temple is that six years ago, Karam Vir, a former priest at the temple, was sentenced to 2.5 years in prison for sexual offences involving two teenage girls. Vir was deported back to India after serving his sentence.

The newspaper says that according to court records, Sharma was charged in relation to an alleged incident on January 2 in West Vancouver involving a passenger.

Sharma was arrested on January 17 after an investigation and charged with sexual assault.

He surrendered his West Vancouver taxi permit after getting a revocation letter.

The taxi driver had also served a two-year term as president of the Fraser Valley Hindu Cultural Society, which runs the Hindu temple in west Abbotsford, the Vice President of the temple told the newspaper.

Sharma made his first appearance in court on Wednesday and is to appear next on March 20.