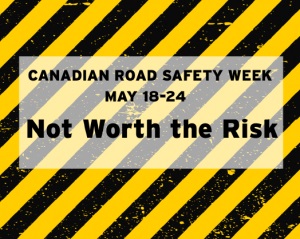 DURING Canada Road Safety Week, May 18-24, a focus on driver education and awareness saw Delta Police hand out 629 violation tickets. Of those tickets, 14 were for drug or alcohol impaired drivers. And police charged four drivers with prohibited driving.

“During that project our officers located an impaired driver of a vehicle known to be involved in drug trafficking. That driver is now the subject of investigation for several Criminal Code offences, including impaired driving, and police seized approximately $6,000 in cash believed to be the proceeds of drug trafficking.”

Road safety is one of the top priorities always identified by the public, whenever Delta Police ask where people want to see police resources. And it’s an area where enforcement and awareness campaigns can influence driving behaviour – hopefully cutting down on collisions and injuries, said Delta Police.

Speed is one of the top contributing factors in collisions, and is the subject of many calls to police. Delta Police target locations where there are higher incidents of collisions, as well as areas where the public has identified a traffic safety concern. This is something that can be done anytime online, through the DPD online reporting tool.

“While our officers know they may not be the most welcome sight to some drivers, ultimately our job is to help ensure all road users – including drivers, cyclists and pedestrians – can get to their destination safely,” said Smith.

Road Safety Week was also held in the midst of ICBC speed month. Volunteers, police and social media were used to help educate drivers and conduct enforcement and awareness campaigns, and Delta Police thanked ICBC staff and volunteers for their assistance with this campaign.