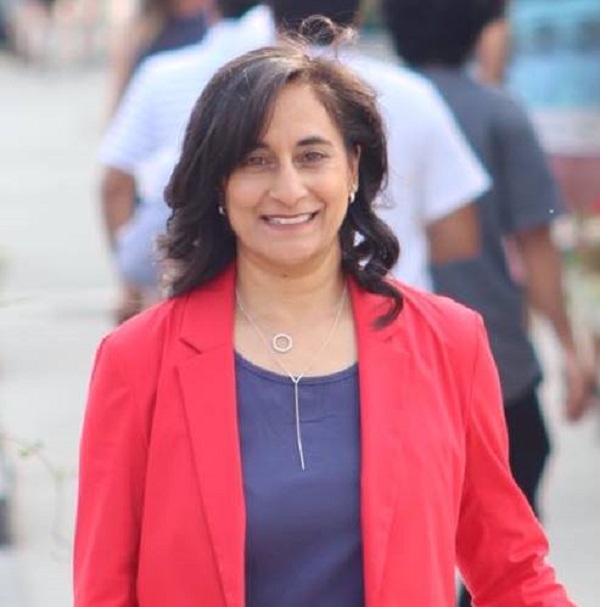 ANITA Anand is Canada’s new Defence Minister, replacing Harjit Sajjan, who had come under severe criticism for the way he handled sexual assault allegations in his department.

She is the second woman — and first woman of colour — to hold this position.

Sajjan will be minister of international development and minister responsible for the Pacific Economic Development Agency of Canada.

Kamal Khera was appointed Minister of Seniors. She had served as parliamentary secretary to several  ministers in the past.

Three previous ministers — Marc Garneau, who’d held the Foreign Affairs portfolio, Bardish Chagger, who was the Minister of Diversity Inclusion and Youth, and Jim Carr, the Special Representative for the Prairies — have been dropped from Cabinet.

The new Cabinet consists of Prime Minister Justin Trudeau and 38 ministers. In keeping with the precedent set in 2015, there is an equal number of women and men.

Trudeau said: “Canadians need a strong and diverse Cabinet to deliver on their priorities and keep Canada moving forward for everyone. This team will finish the fight against COVID‑19, deliver on $10-a-day child care, help Canadians find a home of their own, tackle the climate crisis, and continue to advance reconciliation with Indigenous peoples. Together, we will work tirelessly to build a better future for all Canadians.”

ANAND was first elected as Oakville’s Liberal Member of Parliament in 2019, and served as Canada’s Minister of Public Services and Procurement. In this role, she led Canada through the COVID-19 pandemic on the national effort to supply vaccines, as well as medical and personal protective equipment.

Anand is also the first Canadian of Hindu background to become a federal cabinet minister. Prior to her election, she was a Professor at the Faculty of Law, University of Toronto where she held the J.R. Kimber Chair in Investor Protection and Corporate Governance. She served as Associate Dean (2007-2009), and was a member of the Governing Board of Massey College at the University of Toronto. She was also cross-appointed to the Rotman School of Management as the Director of Policy and Research at the Capital Markets Research Institute. She has also taught law at Yale Law School, Queen’s University, and Western University.

Anand has completed extensive research on the regulation of financial markets, corporate governance, and shareholder rights, and has appeared regularly in the media to discuss these topics. In 2015, she was appointed to the Government of Ontario’s Expert Committee to Consider Financial Advisory and Financial Planning Policy Alternatives. She has conducted research for Ontario’s Five-Year Review Committee, the federal Wise Person’s Committee, and the Task Force to Modernize Securities Legislation in Canada. In 2019, the Royal Society of Canada awarded her the Yvan Allaire Medal for outstanding contributions in governance relating to private and public organizations.

She and her spouse, John, raised their four children in Oakville. She was born and raised in Kentville, Nova Scotia.

Khera is one of the youngest women ever elected to Parliament. Prior to entering politics, Khera worked as a registered nurse in the oncology unit at St. Joseph’s Health Centre in Toronto, where she gained a deeper understanding of the issues that impact people’s health and well-being every day.

During the first wave of the COVID-19 pandemic, she went back to her roots as a registered nurse to volunteer at a hard-hit long-term care facility in her hometown of Brampton. Khera continued to help on the front lines throughout the pandemic, including by administering vaccines in her community.

A first-generation Canadian, Khera immigrated to Canada from Delhi, India, at a very young age.

She attended York University where she earned her Bachelors of Science in Psychology with Honours and her Bachelors of Science in Nursing with Honours. Drawn to assisting others, Kamal gained diverse experience within the field of health through her professional experience with Centre of Addictions and Mental Health (CAMH), Peel Family Shelter, and William Osler Health Centre.

SAJJAN was first elected as Member of Parliament for Vancouver South in 2015. He served as Minister of National Defence from 2015 to 2021.

Sajjan immigrated to Canada from India with his family when he was five years old. He grew up in South Vancouver.

Sajjan is a former detective with the Vancouver Police Department, a former Lieutenant Colonel with the British Columbia Regiment (Duke of Connaught’s Own), and a long-time advocate for youth education and mentorship programs.

For 11 years, Sajjan was a member of the Vancouver Police Department, based primarily in South Vancouver. He completed his career as a detective with the gang crime unit. As a member of the British Columbia Regiment, he participated in four operational deployments – one to Bosnia and three to Afghanistan.

Sajjan has lived in Vancouver for many years with his wife and two children.

More than new ministers, Liberals need to change who they’re working for: Singh