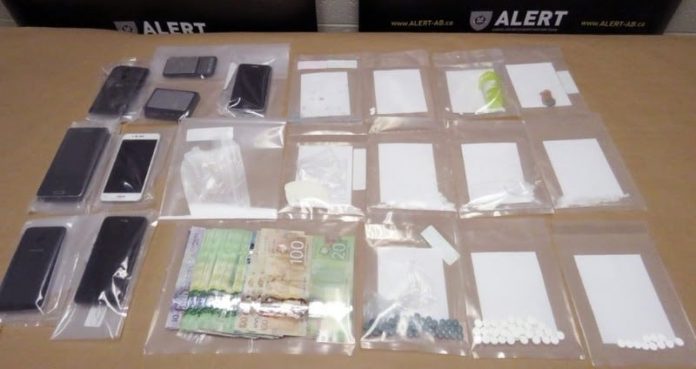 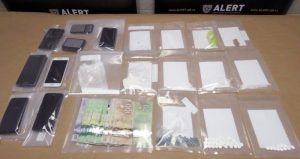 Amyotte is from Manitoba and information provided by Blood Tribe Police suggested he was involved in drug trafficking in the region.

“Timely intelligence sharing between our agencies was a key factor in making a quick arrest. Given the recent concerns related to fentanyl overdoes in both communities, we are not willing to take any chances and will aggressively pursue drug dealers,” said Staff Sgt. Jason Walper, ALERT Lethbridge.

Lethbridge Police Service helped execute the search warrants and make the arrests at a downtown hotel suite. Two vehicles were also searched, and one was seized as offence related property. Roughly $10,000 worth of drugs and cash was seized, including:

Amyotte has been charged with possession for the purpose of trafficking (two counts), possession of proceeds of crime, and breach of recognizance (two counts). Amyotte’s breach charges stem from a previous ALERT investigation in October 2016.

Bhachu was also found to have outstanding warrants issued by the Calgary Police Service.