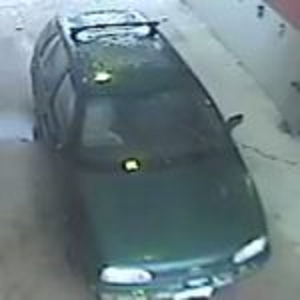 ON December 26, 2016, at approximately 2 p.m., Delta Police and Delta Fire departments responded to a report of a fire at A Class Auto Body at 11954 94th  Avenue. The business was closed at the time and no one was injured in the fire.

The initial investigation reveals that a male walked to the rear of the business and set the building and a truck on fire. The male suspect then walked away from the area. A short time later a vehicle was seen leaving the general area and it is believed it is associated to the incident.

Delta Police are asking for the public’s assistance to identify the owner of the vehicle that was seen leaving the area with two occupants inside it.

Description of vehicle: Green Volkswagen hatchback, with a single roof rack and missing a hubcap (right front passenger side).

Occupants of vehicle: It is believed that there were two occupants within the vehicle. One or both may have information that would assist in the investigation.

Anyone with information regarding this vehicle or the incident itself is asked to call Delta Police and quote file 16-27027 or call CrimeStoppers at 1-800-222-8477.