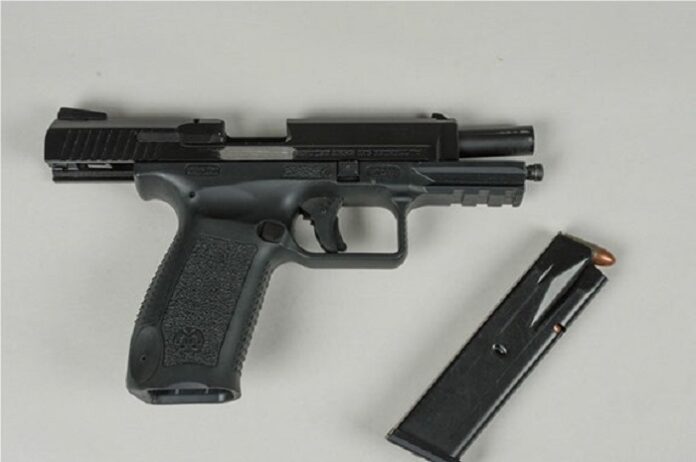 “There have been comments made by local media outlets referring to threats of a political nature, our investigation did not find this to be so”

ONTARIO’S Peel Regional Police told The VOICE on Thursday that the August 15 incident in the City of Brampton in which a loaded handgun was seized and five South Asian males were arrested was not about Khalistan politics as reported in local media.

This newspaper asked Peel Regional Police if this incident was “in connection to a group that was heading to Toronto to demonstrate at the Indian Consulate General and that was allegedly threatened by a group opposed to their demand for a so-called Khalistan state in India for Sikhs.”

Peel Regional Police Constable Bancroft Wright emailed the following statement to The VOICE: “Peel Police reacted to a complaint concerning a firearm in a vehicle on Saturday, August 15, 2020, in the City of Brampton. The incident was investigated, and five individuals were arrested. There have been comments made by local media outlets referring to threats of a political nature, our investigation did not find this to be so.”

However, he added: “We urge the public and, more specifically, those who were present and believed that threats were being made to individuals or groups to reach out to police to provide a statement.”

Some have claimed that the group from whom the firearm was seized came in a pickup with an Indian flag and were trying to track down the promoter of the demonstration. The promoter had received anonymous death threats after he posted a video to urge people to join in the protest on India’s Independence Day.

Jay Grewal, a director of the group Sikhs for Justice (SFJ), told the National Post newspaper that “there is a belief that there are people willing to engage in acts of violence against Khalistanis on Canadian soil” and claimed that many are “shocked and frightened” that this type of incident could take place again.

Sikhs for Justice plans to hold ‘Referendum 2020’ on the Khalistan issue in November in India and in countries where there is a large population of Sikhs.

On August 19, Peel Regional Police reported that they had charged five South Asian males with firearms-related offences after a traffic stop in Brampton. On Saturday, August 15 at 9:15 a.m., police received a call from a concerned citizen regarding a firearm they had seen inside a vehicle in the parking lot of a plaza in the area of Bramalea Road and Sandalwood Parkway in Brampton.

As a result of the investigation, five men were charged with several firearms-related offences:

All five men were held for bail and appeared at the Ontario Court of Justice in Brampton on Sunday, August 16.