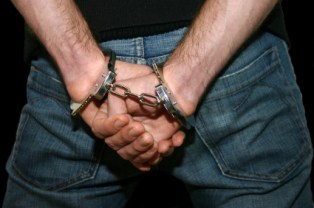 WHAT started as a lone bank robbery in Calgary on June 19 ended with a 25-year-old male being arrested and charged for nine other alleged bank heists.

On June 28, in North Vancouver, a lone male entered a bank in the Lynn Valley Mall, produced a handgun and robbed the teller of an undisclosed amount of money.

The getaway vehicle used was identified and located without the suspect in it. Through a forensic examination conducted on the vehicle, evidence was sent to Calgary Police Services. They were able to assist by identifying the person of interest as Mikael Macek. A photo of Macek was provided to the North Vancouver RCMP who distributed it amongst its Lower Mainland multi-jurisdiction police agency partners.

Subsequently, on June 30, with the support from Vancouver Police Department, Mikael Macek was arrested in Vancouver just as he was about to return to Alberta via bus.

Mikael Macek, of no fixed address, has been remanded in custody with his next court appearance set for July 14.