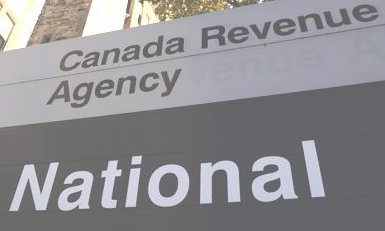 The investigation was launched by the CRA when it uncovered that, over a five-year period, 11 foreign nationals based in the UK allegedly orchestrated a tax fraud and money laundering scheme by attempting to obtain $52 million in false GST / HST refunds and rebates.

Using intelligence gathered through a variety of tools at its disposal, as well as through information sharing and collaboration with domestic and international partners, the CRA says it has developed a robust system to tackle tax evasion.

The CRA is publicizing these searches in an effort to warn Canadians about carousel schemes and to reiterate that it will investigate and refer for prosecution individuals and businesses who deliberately attempt to evade taxes. In addition to having to pay the taxes they tried to evade, plus penalties, prosecution can also lead to court fines and even incarceration.

The CRA acknowledged the contribution and the assistance of the United Kingdom’s tax authority (Her Majesty’s Revenue and Customs), the Financial Transactions and Reports Analysis Centre of Canada (FINTRAC), the Canada Border Services Agency (CBSA) and the Royal Canadian Mounted Police (RCMP).

By increasing its collaboration with its domestic and international partners, the CRA says it is taking an active role in ensuring a fairer tax system, where those who abuse the laws face consequences for their actions. “The Government of Canada has promised to pursue fraudulent taxpayers, and with the help of our international partners and concrete action at home, we are closing in on them,” the CRA said.

* The current investigation is into a carousel tax fraud scheme in which a network of individuals falsely claim refunds of value added tax, such as the Goods and Services and or Harmonized Sales Taxes (GST / HST). The fraud involves an organized scheme where a business buys and sells goods or services, and charges the GST / HST from one company to another. The GST / HST input tax credit for taxes charged are claimed from the CRA for a refund, however the businesses throughout the chain that sell the goods or services and allegedly charge and collect the tax never remit the GST / HST funds to the government. The process can repeat many times resulting in the goods moving around in the same fashion as a “carousel”.

* Between 2011 and 2016, the CRA successfully convicted 508 taxpayers of tax evasion. Collectively, this resulted in $40 million in court fines and 244 years of jail time for the offenders.