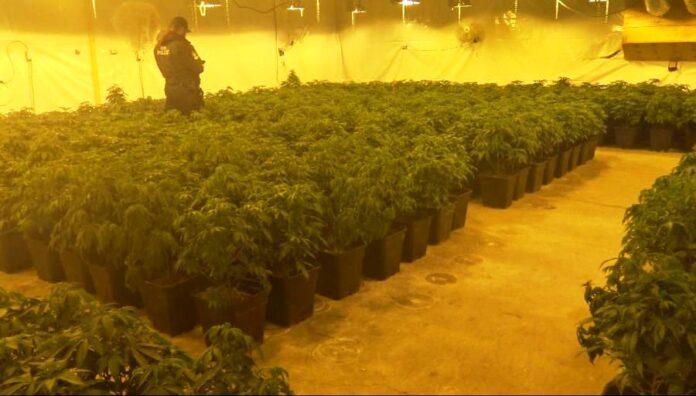 Officers executed a warrant on October 28 at a large rural property on 28 Avenue, near 64 Street. The investigation was initiated and led by the DPD Drugs Investigative Support Team.

“This was a commercial-scale operation, and our officers seized an estimated $2 million in growing equipment,” said Inspector Heath Newton, head of Delta Police Investigation Services. “Officers also located over 3,900 plants in various stages of growth and 81 pounds of dried marijuana being packaged for distribution.”

Two men were detained on site and released. The warrant was executed with the assistance of DPD Traffic, the Crime Reduction Unit and the Patrol Support Team.