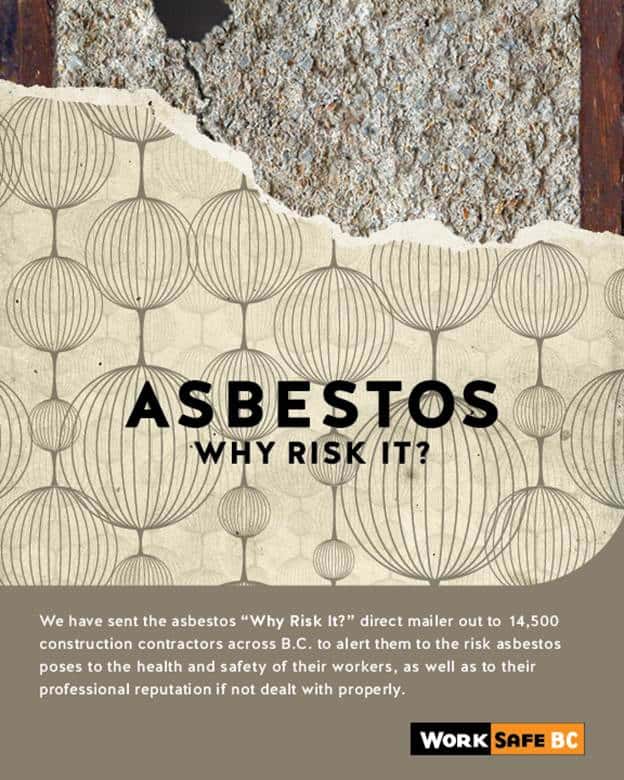 Asbestos is the No. 1 cause of death in construction industry

WORKSAFEBC is ramping up its direction to asbestos-abatement, demolition and general contractors to stop exposing construction workers to asbestos and to meet their legal obligation to manage asbestos safely and responsibly.

According to Al Johnson, Vice-President, Prevention Services, some building contractors are not only risking their workers’ health but risking the future of their businesses. If word gets out that a contractor has cut corners and doesn’t take asbestos seriously, it can do significant harm to their professional reputation.

Workers can breathe in asbestos fibres if they are not protected. If workers breathe in enough asbestos, their lungs can be permanently damaged or result in death. There is a long latency period (10 to 40 years on average) between the time(s) a worker breathes in asbestos fibres and when a disease can develop. In the ten years from 2007 to 2016, 605 B.C. workers died from asbestos-related diseases.

This workplace asbestos-exposure prevention initiative is the latest in WorkSafeBC’s ongoing campaign to protect workers from occupational disease.