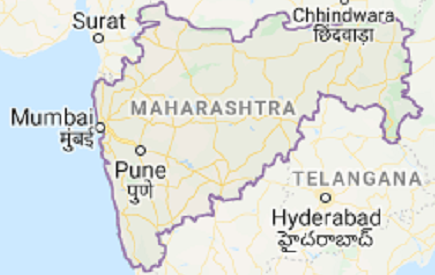 New Delhi (IANS): Mukul Rohatgi, former Attorney General and presently the lawyer of Maharashtra Chief Minister Devendra Fadnavis, has termed the 7.50 a.m. swearing-in of Fadnavis and Ajit Pawar and the haste with which President’s rule was revoked in the state as “odd”.

In an interview with Karan Thapar on the political situation in Maharashtra, Rohatgi answered a range of questions on major constitutional and legal issues arising out of this crisis, as well matters to do with propriety.

Questioned closely about Governor B.S. Koshyari’s failure to take into account the fact that five hours before Ajit Pawar claimed that NCP was supporting Fadnavis, Sharad Pawar had publicly announced the party’s support for Udhav Thackeray, Rohatgi said the Governor is not required to go by what’s said on television or the papers, but only by what is presented to him by the legislative party leader of the NCP.

When it was pointed out that as a result the Governor knowingly allowed himself to be misled by Ajit Pawar, Rohatgi responded by saying the Governor has no mechanism to verify for himself nor is it his job to do so.

The Governor went by signed letters of support given by Ajit Pawar and that was sufficient ground for believing the NCP was supporting Devendra Fadnavis.

On the issue of the haste with which President’s rule was revoked (at 2.10 am) and the new government was sworn in (7.50 a.m.) on Saturday, Rohatgi initially said this was because (a) President’s rule is an anathema to the Constitution and (b) because the Governor had been waiting since October 24 for a government to be formed and when finally one emerged, he believed it was important to bring it into existence as soon as possible.

However, later Rohatgi readily accepted that the speed with which President’s rule was revoked and the 7.50 am swearing-in was “odd”.

Rohatgi was also questioned about Prime Minister Narendra Modi’s decision to accept the Governor’s advice on revoking President’s rule at 2.10 a.m., and the fact that he did so without the Cabinet’s approval by using Rule 12 of The Transaction of Business Rules to justify the move even though the guidelines clearly state that it should only be used in cases of “extreme urgency and unforeseen contingency”.

On all these issues, Rohatgi strongly defended the Prime Minsiter.

Rohatgi was also questioned about the President’s role in the matter. Although he strongly defended President Ram Nath Kovind, he did say that concerns about whether the President should have raised questions about the haste and timing of revocation of President’s rule, lack of Cabinet approval and use of Rule 12 were very small matters.

Finally, Rohatgi said a majority of the NCP MLAs had the power to remove Ajit Pawar as legislative party leader and elect Jayant Patil in his place, but added that this would be contested when the Assembly meets and ultimately the outcome is likely to depend on how 54 NCP MLAs vote on the confidence motion.

However, Rohatgi accepted that it was possible that if the 54 MLAs vote with Ajit Pawar in favour of Devendra Fadnavis, they could (under his interpretation of the anti-defection law) end up losing their own seats.

INDIA: Udhhav to be sworn in as Maharashtra Chief Minister on Thursday