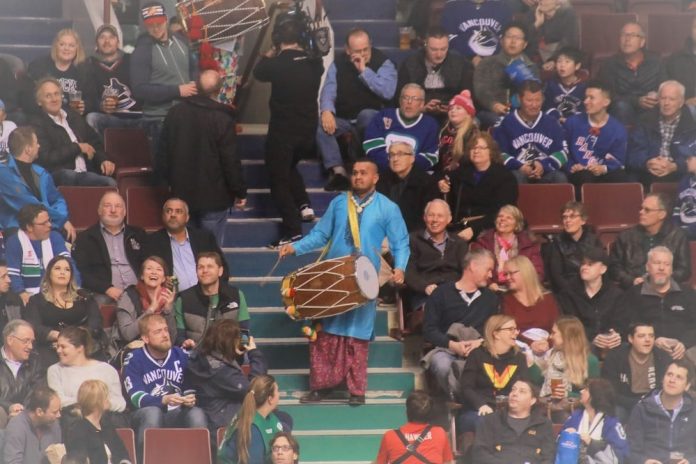 The night featured contributions of Canadian South Asians to hockey and hockey culture in BC. The NHL careers and impact of two prominent individuals of Indian descent – Manny Malhotra and Robin Bawa – were told throughout the night. Bawa was on hand for a ceremonial puck drop to kick off the night’s festivities. 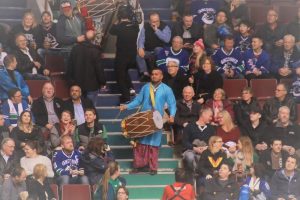 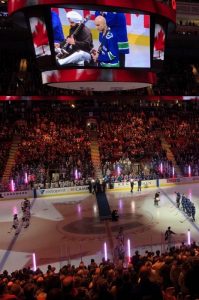