Home Breaking News Jagmeet Singh says he wants to be a partner for a strong...
Facebook
Twitter
WhatsApp
Email 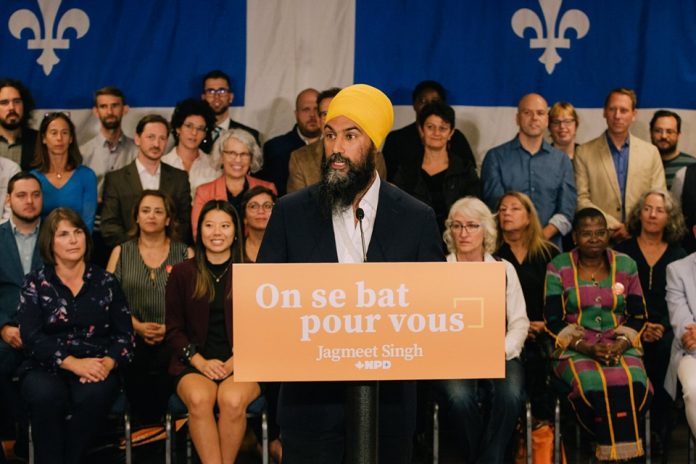 TO mark his second visit to Quebec in less than 10 days, NDP Leader Jagmeet Singh unveiled his vision for a renewed partnership between Ottawa and Quebec on Sunday.

“Like Jack Layton and Tom Mulcair did before me, it’s my turn to extend a hand to the progressives in Quebec. Quebec is not only a powerful source of inspiration; it is a valuable ally that deserves better,” said Singh. “We must stop the condescending approach with Quebec taken by previous federal governments. One of the goals of our plan is to give Quebec all the tools it needs to move forward, to achieve its full potential.”

In his speech, Singh made a commitment to work with Quebecers to build a more prosperous, sustainable and just society for everyone. Respectful of an assumed asymmetrical federalism, the NDP plan does not simply recognize Quebec’s particularity. Instead, it inspires for a renewed partnership in which Ottawa is an ally, not a enemy.

“We are here today to present our offer to Quebec. This plan is the logical continuation of the work of all New Democrats, of the vision of Jack Layton and our MPs in the House of Commons,” said NDP Deputy Leader Alexandre Boulerice. “For too long, Ottawa has ignored our own cultural particularities. Quebec has all the potential to shine even more brightly. All it needs is a real ally in Ottawa. The NDP wants to be that ally!”

The NDP’s vision for a strong Quebec contains commitments to enable Quebecers to move forward. It is based on the values that have inspired the progressive New Democrat movement for decades. This is the vision of a federal government that works in partnership with Quebec to fight together for Quebecers, according to the NDP.