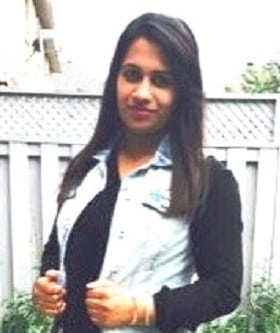 PEEL Regional Police investigators from the 22 Division Criminal Investigation Bureau confirmed on Wednesday night that Mandeep Tagger, the 25-year-old female who had gone missing has been located dead.

Tagger was last seen at approximately 12:08 a.m on Friday, March 2 in the area of Oaklea Boulevard and Tumbleweed Trail in the City of Brampton. She was believed to have been driving a Grey Nissan Altima with Ontario marker CAMD681.

On Wednesday, March 7, police located a dead female in the area of Kennedy Road North and Sandalwood Parkway in the City of Brampton. The female was identified as Tagger.

Anyone with information regarding the incident is asked to call investigators at the 22 Division Criminal Investigation Bureau at (905) 453–2121, ext. 2233. Information may also be left anonymously by calling Peel Crime Stoppers at 1-800-222-TIPS (8477), or by visiting www.peelcrimestoppers.ca or by sending a text message to CRIMES (274637) with the word “PEEL” and then your tip.