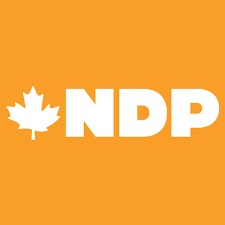 REACTING to Ontario Liberal MP Ramesh Sangha’s comments in a recent Punjabi-language 5AAB TV interview that the Liberal Party has been “pandering” to Khalistanis who want their own independent state in India, Jordan Boswell, NDP candidate for Brampton Centre, slammed both the Liberals and the Conservatives for dividing communities.

He said in a statement: “It was very disappointing to see comments from a Liberal MP and candidate claiming that his own colleagues are ‘pandering’ to Sikh separatist sentiments. It’s not acceptable to say that Sikh Canadians are anything but proud Canadians. Irresponsible comments like these divide instead of unite – and paint communities with a broad brush – marginalizing communities and putting them at risk.

“Sadly, this is not the first time that the Liberals have made accusations like this. Their 2018 terrorism report presented both Sikh and Muslim communities as extremists. And the Conservatives under Andrew Scheer and Stephen Harper also have a history of relying on divisions in society to get ahead.”

Boswell said that Canadians deserve better than that.

He added: “New Democrats celebrate diversity and will always condemn comments that seek to divide Canadians. The Sikh community here in Brampton is owed an explanation and an apology for these comments.”