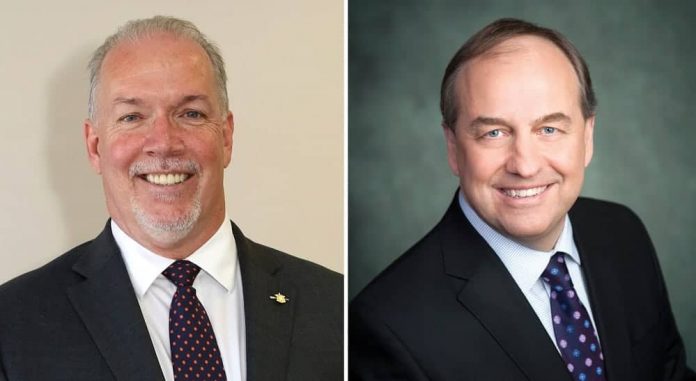 The leaders highlighted co-operation to put people first, and investment in clean tech, innovation and a resilient economy that creates good jobs for people in B.C. – now and into the future.

“When we agreed to CASA, we agreed to make democracy work for people and focus on solutions to the challenges facing British Columbians,” said Horgan. “By working together, we’ve accomplished a lot to make life more affordable, improve the services people count on, and build a strong, sustainable economy that works for people. And we will keep working together, every day, to make life better for people in B.C.”

The Province recently announced support for the Alacrity Foundation to help clean tech companies expand. The support for Alacrity is part of the progress made on CASA commitments to advance innovation and technology, and the collaborative work on the climate action strategy that continues.

“Over the last year, we’ve shown the people of B.C. that co-operative government can lead to better, evidence-based policies that will set our province up for a bright future,” said Weaver. “Core elements of our economic platform are part of CASA. With the establishment of the Emerging Economy Task Force and the appointment of B.C.’s first innovation commissioner, the province will be better positioned to adapt and prosper in the changing economy of the 21st century.”

CASA commitments on climate action were emphasized by both leaders, as they stressed the importance of decisive action and ongoing work to ensure B.C. is a climate leader.

“Climate change affects everyone, and our shared future depends on making B.C. a climate leader with a strong economy that works better for people and the environment,” said Horgan. “The previous government stalled climate action and failed to meet targets. We are working collaboratively towards a credible and effective climate strategy that creates opportunities for people. I’m excited about what we can achieve together.”

The Government of British Columbia recently introduced legislation to update the Province’s greenhouse gas reduction targets, setting the stage for a renewed climate action strategy to be released in the fall.

“There is much more to be done, but I look forward to working together to make B.C. a leader in climate action once again,” said Weaver. “We have an incredible opportunity to build a thriving economy centred around innovation, and keep our commitment to younger generations. A climate plan that is a collaborative effort by two distinct parties is a unique chance to put people ahead of politics, to think beyond the typical electoral cycle and set our province up for the brightest possible future. British Columbia has so much to offer and we can and shall be a leader in the new economy.”

* On June 29, 2017, the Lieutenant Governor of B.C. asked Horgan to form government on the assurance of having the confidence of the legislative assembly.

* CASA, signed on May 30, 2017, forms the basis for BC Green caucus confidence in government.

* The agreement is effective from May 30, 2017, for four years or until the next fixed date election as set by the B.C. Constitution Act.

* The CASA Secretariat is a small two-person office dedicated to managing the consultations to support CASA implementation.

* Since 2009, companies supported by the Alacrity Foundation in Victoria and Vancouver have employed more than 200 people, and have had a direct economic impact of $300 million in B.C.

* Between 2014 and 2017, Alacrity has helped bring over $225 million to B.C.’s technology ecosystem through its investor readiness program.

* On April 19, 2018, the Province announced that it is investing more than $711,000 over the next three years in the Alacrity Foundation of B.C.’s Cleantech Scale-Up program.