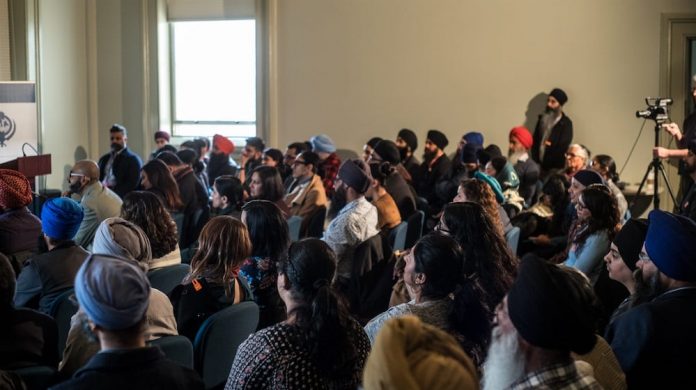 THE World Sikh Organization of Canada received an overwhelming response to a series of panels it hosted this past weekend in Edmonton, Surrey and Brampton entitled, “#AskCanadianSikhs: When Canadian Sikhs Spoke Out”.

The panels featured prominent U.K. journalist Sunny Hundal as well as other public relations and media specialists. Hundreds of young Canadian Sikhs and others, including journalists and members of other community organizations attended the events in person and thousands more via the online stream.

In the wake of misleading coverage of the Sikh community by some reporters in recent weeks alleging a rise in Sikh ‘extremism’, the WSO said it had launched the #AskCanadianSikhs social media campaign which invited Canadian Sikhs to express their views on recent reporting and about the true face of the community.  As a follow-up, the WSO organized a series of open forums for the community to interact with journalists, public relations professionals and other community advocates. The response to the events was overwhelming and each event was filled to capacity.

WSO President Mukhbir Singh said on Tuesday: “It was my pleasure to meet with hundreds of Canadian Sikhs this weekend at the #AskCanadianSikh forums in Edmonton, Surrey and Brampton.  The incredible success of these events reflects how deeply concerned the community is about recent false allegations of a rise in Sikh extremism and the lack of Sikh voices in the reporting of this issue. While important points were raised with respect to improving the Sikh community’s engagement with the media, other key themes were the importance of dialogue within the community and the continuing significance of advocacy organizations like the WSO.  These panels were an important step in our engagement with the community an and we believe that #AskCanadianSikhs will be remembered as a turning point for the Sikh community as we ensure authentic Sikh voices are heard in the mainstream media.”