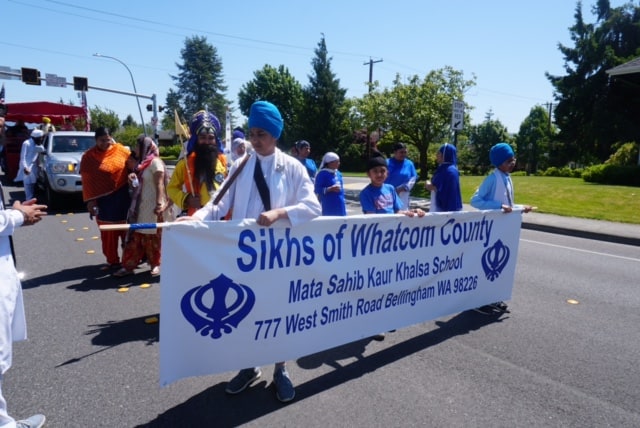 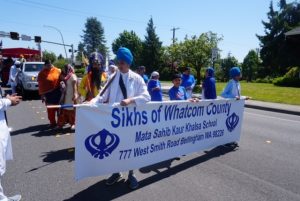 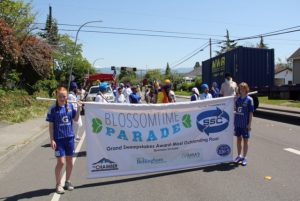 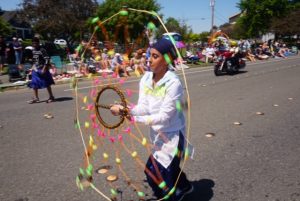 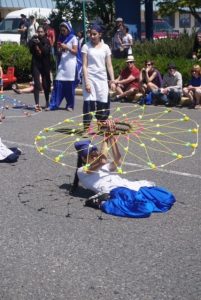 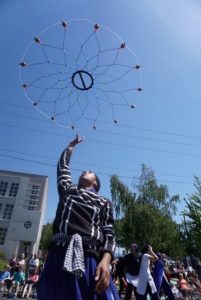 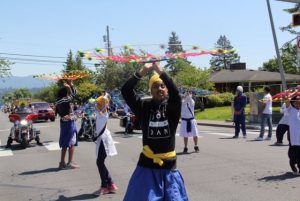 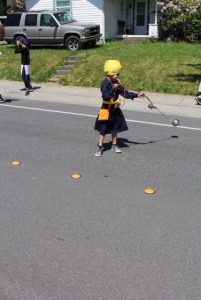 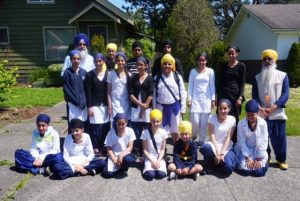 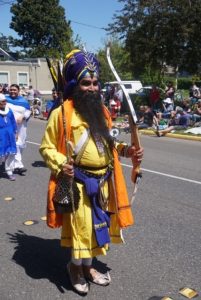 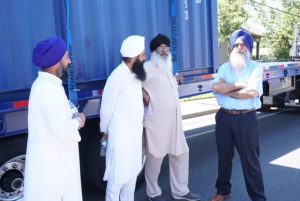 This school operates from the Gurdwara Guru Nanak Parkash. The parade was well attended by the congregation and priests Sukhwinder Singh and Suba Singh along with head priest Jaswinder Singh also marched.
Sikh martial arts, weaponry demonstrations along with Gatka was on display for the whole parade route.

“The parade is about celebrating the community. It’s a very proud moment for everyone to take part in such an amazing event. Everyone comes together and celebrates. This day is about having fun and enjoying the goodness of Bellingham. This is a great city with wonderful people,” said a gurdwara spokesperson.

According to the Bellingham / Whatcom Chamber of Commerce and Industry website:

The Blossomtime Parade is a traditional hometown parade with a rich history, starting in 1920 when the then “Bellingham Chamber of Commerce” conducted a beauty pageant that accompanied the “Tulip Festival Parade.” Contestants were sponsored by local businesses that sold flowers to support their candidate. The business that sold the most flowers would have their contestant named the Tulip Parade Queen while the other contestants served as her court. The tradition continued for decades and included the 1966 Queen—Kelli Linville, who grew up to become Mayor of Bellingham.

The Chamber of Commerce cancelled the parade during the Great Depression and WWII.  1947 saw the parade’s revival as the Blossomtime Parade, which changed to the Ski to Sea Grand Parade, and then back to Blossomtime over the years.

Many locals have memories of the parade – having performed in the parade – in their high school marching band, on a float and in an antique car.  And even more people have been able to pick their favorite viewing spot and sit back and enjoy the parade year after year.

Whether you watch for the high school marching bands, the floats, the antique cars and trucks, the police and fire vehicles, the clowns in little cars or the dance groups, there is something special for everyone at the Blossomtime Parade.

ON September 22, New Westminster Police Department officers responded to a disturbance along Quayside Drive. While speaking to people at the scene,...
Read more