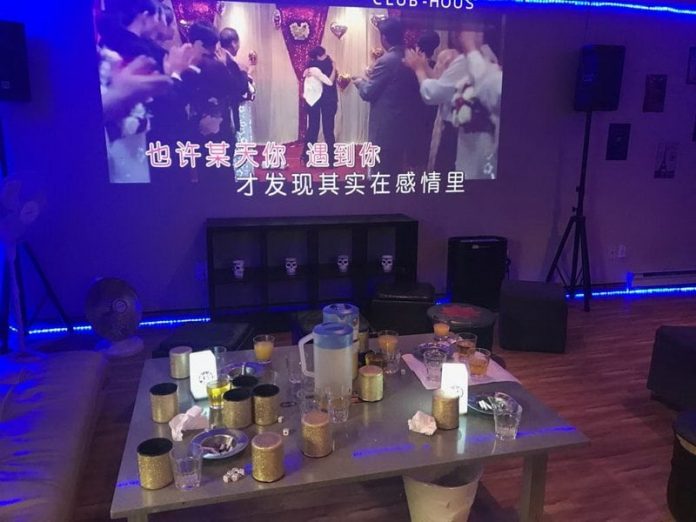 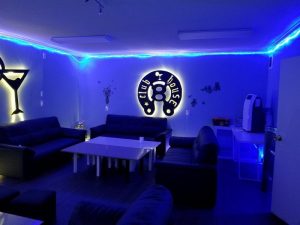 SHORTLY after midnight on Sunday, December 3, officers from the Richmond RCMP Anti-Gang Unit identified and shut down an illegal booze can situated in an industrial area in the 11700-block of Voyageur Way. It was the second such discovery in a month’s time.
The two-level unit was fashioned similarly to a karaoke lounge and was estimated at over 2,000 square feet. Alcohol was served openly with liquor discovered throughout. Around 20 patrons, ages 19-25, were discovered within the unit spanning. 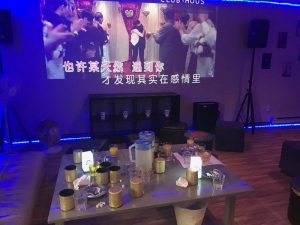 The unit was equipped with projectors, karaoke machines, a gambling area, and professional-grade lighting similar to that of a lounge or nightclub. A video monitoring area was also discovered by officers. The monitoring area had cameras trained on the front entrance area.
“This booze can was far more elaborate than the first one we discovered around a month ago. We are concerned for a number of reasons with public safety being at the forefront. Safety risks 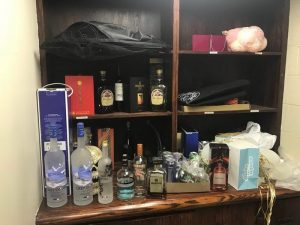 including attracting the criminal element, gambling, potential fire hazards / overcrowding, unlicensed liquor service, and the potential road safety concerns with possible impaired drivers leaving the unit. We are working closely with our partners from with the City of Richmond and their Bylaws Unit,” said Cpl. Dennis Hwang on Tuesday.
“Richmond RCMP Anti-Gang officers conducted a number of premises checks this weekend. Over 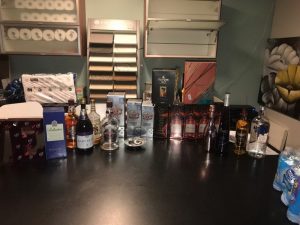 19 businesses were checked including bars, restaurants, and karaoke establishments. We are actively focused on continuing these checks and making our community safer.”