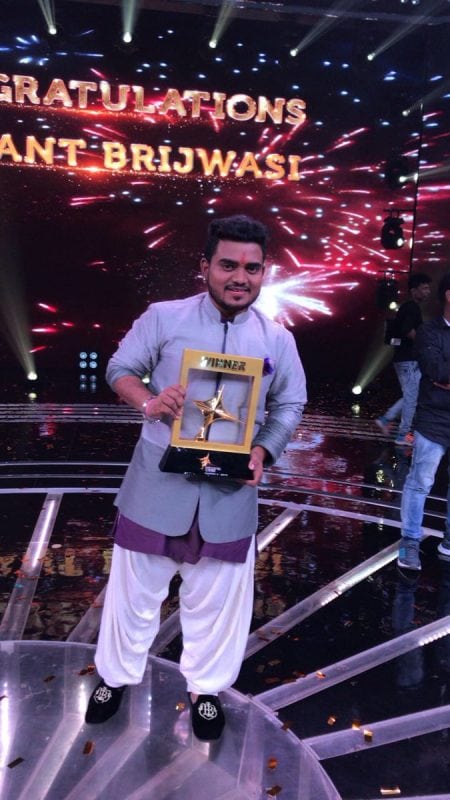 “I have participated in quite a few reality shows but I did not get that much popularity till this show. ‘Rising Star 2’ gave me the popularity and ‘Soorma’, and I thank Shankar Mahadevan sir for giving me this opportunity,” Hemant told PTI.

“Soorma” is a biopic on hockey player Sandeep Singh and Dosanjh plays the lead role in the film, directed by Shaad Ali. Mahadevan is one of its music directors.

In the live voting show, the finale was among Vishnumaya, Zaid Ali, Rohanpreet Singh and Hemant.

“I had not thought I would win the show as would have to compete with Rohanpreet, who has a huge fan following. In the past, he has got 95 per cent voting from the audience. This record still remains unbreakable.

“I think Lord Krishna was there by my side. If not me, then Vishnumaya should have won the show, she sung songs in different genres like me. I think I won because I sang a variety of songs. I thank viewers for voting for me,” the aspiring singer from UP’s Mathura says.

There is a notion that reality show winners are unable to make a mark when they enter Bollywood.

Asked about this, Hemant says, “After winning a reality show, people do not work hard, do not do enough ‘riyaz’ (music practice). Rather, one should work more hard after winning a show.

“The perception is that after winning a show you will soon become popular, but I think it will take a few years for us to reach the top position.”

Besides winning the show, Hemant took home a trophy and Rs 20 lakh in prize money.

In the season two, the theme of the show was ‘Uthao Soch Ki Deewar’ and it showcased contestants from different walks of life who defy stereotypes and shatter prejudices to get on stage.

The programme was hosted by TV actor Ravi Dubey.