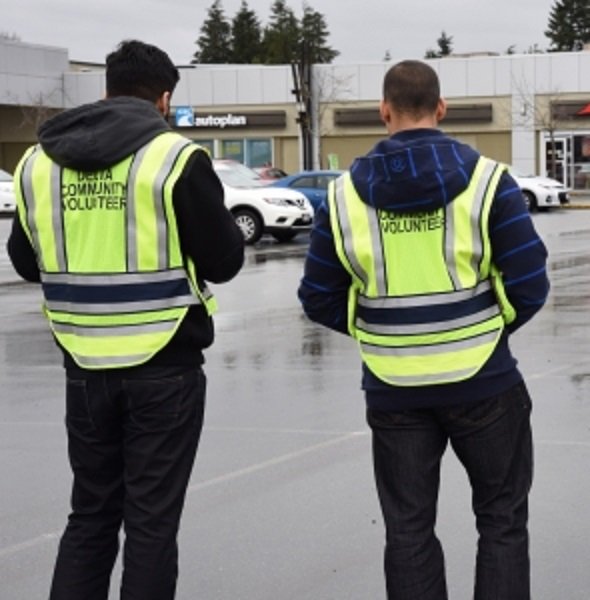 On May 1, a North District volunteer was patrolling a parking lot on 120th Street and located what he believed was a stolen vehicle. Delta Police Department (DPD) officers attended the scene and determined the vehicle had been stolen out of Surrey. Fortunately, the vehicle did not appear to be damaged, and DPD officers liaised with Surrey RCMP so that the vehicle could be returned to the rightful owner.

On May 4, Ladner Community Crime Watch volunteers located an unoccupied pick-up truck parked on Tilbury Road. Volunteers have access to a database of license plates of stolen vehicles, and they were able to find information which indicated the truck had been reported as stolen from a Richmond business recently, along with a number of tools. DPD officers came to the truck and confirmed it was indeed a stolen vehicle.

“Delta Police Department officers have stepped up patrols in some of our commercial areas, such as Annacis Island and Tilbury, in response to recent thefts. But our officers can’t be everywhere, so we also rely on our volunteers, who clearly did some great work this past week,” said Cris Leykauf, spokesperson for DPD. “As stolen vehicles are sometimes used to commit other crimes, such as break and enters, it’s important to us to quickly recover these vehicles and return them to their owners.”

For more information on volunteering with Delta Police, check out https://deltapolice.ca/volunteer/