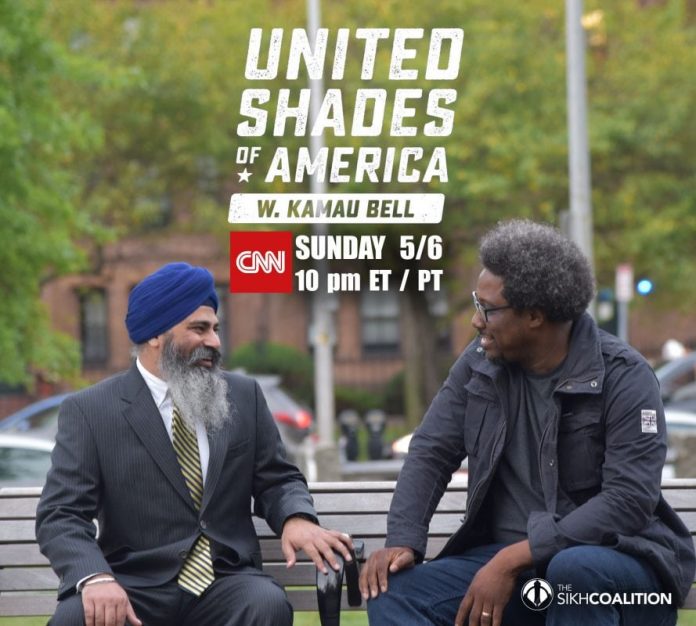 NEW YORK: The Sikh Coalition announced this week that CNN’s Emmy Award-winning United Shades of America with W. Kamau Bell will feature the first-ever hour-long cable episode exclusively focusing on the Sikh American community. The episode is scheduled to air on Sunday, May 6 at 10 p.m. ET / PT.

Thanks to work by Harpreet Singh and support by Valarie Kaur, the Sikh Coalition media and communications team spent six months supporting United Shades of America producers with background resource material, fact-checking and B-roll footage. Over the next week, the Sikh Coalition will be announcing a series of exciting opportunities for the Sikh community to engage and promote the episode to maximize the educational impact.

“The United Shades episode provides a nuanced portrayal of the Sikh experience in America,” said Sikh Coalition co-founder, Harpreet Singh. “It will educate mainstream America about Sikh values and beliefs that have enabled Sikhs to overcome adversity and thrive in this country for over a hundred years.”

Per CNN, all air dates for episodes of United Shades of America are subject to potential change. If that happens, the Sikh Coalition will update you immediately. United Shades of America will also stream live for subscribers via CNNgo (at CNN.com/go and via CNNgo apps for Apple TV, Roku, Amazon Fire, Samsung Smart TV and Android TV). The series will also be available the day after the broadcast premiere on demand via cable / satellite systems, CNNgo platforms and CNN mobile apps.