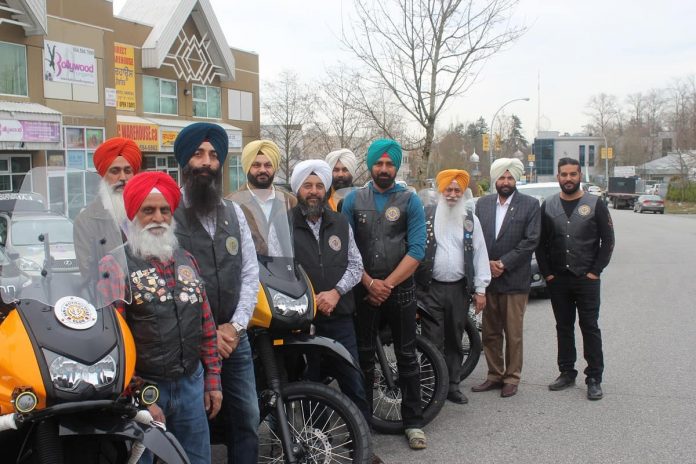 The tour will see the bikers cross numerous cities and countries across Europe before entering Turkey and traveling on to Guru Nanak’s birthplace in Pakistan before crossing the Indian border and finishing the tour at the Golden Temple in Amritsar.

The World Tour 2019 will take 45 days. The six bikers will fly to England from Surrey and then ride all the way to Amritsar.

During their ride across Canada when they collected funds for the Canadian Cancer Society, they started a discussion on doing something on a grander scale. After checking out the costs involved in a such a project, they decided on this tour.

Guru Nanak walked through many of the areas that they will be riding through. They will stop at many gurdwaras along the way.

You can visit their website at Sikhmotorcycleclub.org for the details and make donations through it.

Each rider is taking care of all their own expenses and none of the money raised will go to them. All the funds will be used for Khalsa Aid International projects.