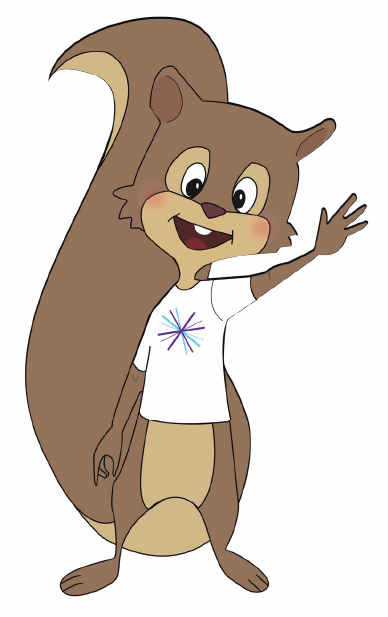 THE Surrey Hospitals Foundation has unveiled an innovative augmented reality (AR) application for kids as part of its Children’s Health Centre (CHC) renewal project. The first of its kind in Canada, the My Hospital Pal mobile app features “Chip” the AR Squirrel as a virtual orientation to the hospital. It helps kids become familiar with the hospital setting in a fun, interactive, and kid-friendly way.

“We’ve all seen the tremendous success and popularity of the augmented reality videogame Pokémon Go, so when the opportunity came up to leverage the technological innovation and power of AR in our Children’s Health Centre, we literally ‘leapt’ at the chance,” said Jane Adams, President and CEO of the Surrey Hospitals Foundation, on Thursday. “Investing in innovations has always been one of the Foundation’s missions, and as part of our renewal project, we introduced a kid-friendly woodlands décor theme for our new Children’s Health Centre, so ‘Chip’ the AR squirrel is a great fit for our new space.”

Augmented reality is a real-time, interactive experience with a person’s natural environment that is enhanced with computer generated 3D images superimposed onto real-world objects. The idea to have an AR virtual pet as a hospital orientation for kids was inspired by Dr. Amir Behboudi, an ER doctor at Fraser Health.

“My Hospital Pal is an engaging and fun app that provides helpful information to children visiting the Children’s Health Centre,” said Nikala MacLean, Clinical Operations Manager at Surrey Memorial Hospital’s Children’s Health Centre. “Families are presented with a QR code to download the app on their devices, so that children may interact with ‘Chip’ who will guide them through the hospital setting and share what to expect during their visit.”

The clinical team worked closely with the CHC steering committee and Microsoft to develop the content of the app, including character creation, design, voice, and 3D animation. The My Hospital Pal application is launching with three greetings that are accessed by scanning various acorn images throughout the CHC: a warm welcome, information for children on what to expect before surgery, and a greeting as they exit.

The first phase of the program is being rolled out for children coming into the ambulatory surgical day care department. In the future, “Chip” will potentially be customized for other areas, such as the in-patient unit.

With the generous support of community donors, the Surrey Hospitals Foundation raised $6 million to extensively renovate the Children’s Health Centre to add a new pre-and-post surgery unit, a renewed cancer treatment space for kids, increasing to 15 rooms for outpatient clinics, all with a whimsical woodland theme which inspired the design of Chip.

The Children’s Health Centre is the regional pediatric centre with Fraser Health’s only dedicated Pediatric ER and Pediatric Oncology Clinic. Surrey’s population has increased by more than 50 per cent since the CHC opened in 2001, with 43 per cent of the province’s children residing in the Fraser Health region.

For more information on the Surrey Hospitals Foundation, visit https://www.surreyhospitalsfoundation.com.