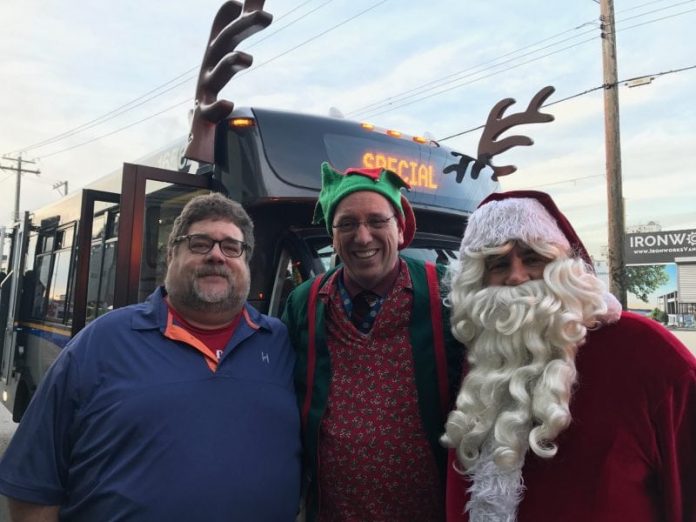 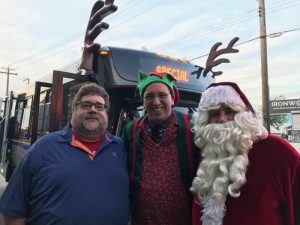 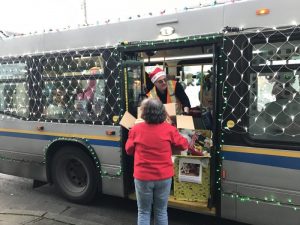 TransLink’s Toys for Tots was created in 1985 by eight BC Transit bus operators. The group wanted to give back to the community during the holidays. The program exceeded expectations and quickly became popular with other operators. From then on, the tradition has carried onto TransLink and its operating companies.
Chris Bayliss, Executive Director, Lower Mainland Christmas Bureau, said: “We are grateful for the 32nd year of support from the operating divisions of TransLink and its staff in collecting toys across the entire system. Every year we wait with excitement as the Reindeer bus arrives at the LMCB full of toys. The generosity of TransLink over the years has brought smiles to tens of thousands of children in the Lower Mainland.”
Steve Sutherland, President, Unifor Local 111, said: “Our members at Coast Mountain Bus Company have enjoyed participating in the Toys for Tots program for many years. It’s great to have this opportunity to help out in the community.”
Kevin Desmond, CEO, TransLink, added: “I’m proud of the way our employees have taken this on, and do such a tremendous job donating toys for children in need in the communities we serve across Metro Vancouver. This annual partnership with the Lower Mainland Christmas Bureau is a holiday tradition that staff across the TransLink enterprise enjoy every year.”