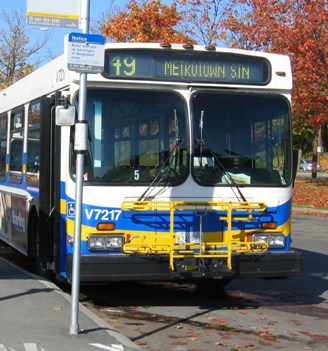 BEGINNING June 26, TransLink is extending NightBus service hours and reducing wait times and crowding in the Tri-Cities area as part of the latest round of service improvements funded by the 10-Year Mayors’ Vision for improving transportation in the Metro Vancouver region.

Customers needing public transit overnight will benefit from extended NightBus service on four routes to and from Downtown Vancouver with some routes operating past 4 a.m.

There are service improvements to 14 bus routes as part of TransLink’s summer service changes.

– More frequent service in Downtown Port Coquitlam throughout the day and into the evening, every day of the week.

– Increased service on the 257 to add capacity and reduce crowding on Vancouver / Horseshoe Bay trips. There will now be additional service on weekdays in the late morning and evening peak, Saturday afternoons and evenings, and weekend and holiday evenings.

Four times a year, TransLink adjusts bus service across the region to reflect seasonal ridership and put services where they are needed most.

Phase One of the 10-Year Vision will see an investment of approximately $2 billion in expanded transit service, transit infrastructure, and improvements for roads, cycling, and walking – Metro Vancouver’s biggest transit service expansion in nearly a decade.