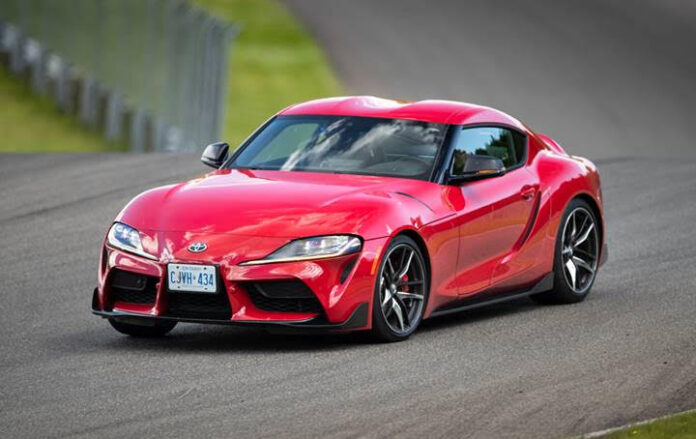 TORONTO, ON: Inject some rocket fuel into your life, with the 2022 Toyota GR Supra –available in two track-ready editions that push performance and style to the red line.

The GR Supra is a dream come true for driving enthusiasts,” said Cyril Dimitris, Vice President, Toyota Canada Inc. “From the curb outside your bank, to the banked curves on the track, the GR Supra is an exhilarating sports car to view, to own, and to drive.”

rating of 8.4L/100 km combined. Teamed with a quick-shifting eight-speed automatic transmission with paddle shifters and armed with a launch control function, plus driver-selectable Sport Mode, the GR Supra is ready to plant the competition firmly in the dirt on track days. Both models also feature Toyota’s Active Sound Control system.

The 2022 Toyota GR Supra is now on sale at Toyota Dealers across Canada. For complete and up to date details and specifications, visit www.toyota.ca/supra.