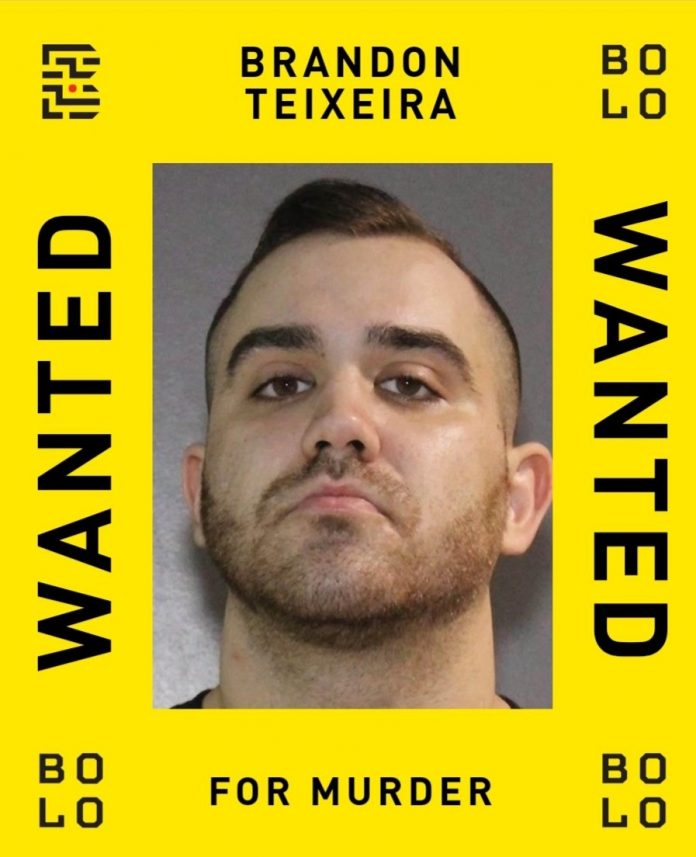 THE Integrated Homicide Investigation Team announced on Monday that Brandon Natahan Teixeira, 28, wanted for the October 2017 murder of Nicholas Khabra in Surrey, was arrested by SWAT in a small California community, Oroville, on Sunday. IHIT said that “he did not go quietly.”

The arrest was made possible through a collaborative effort of the RCMP Liaison Office in Los Angeles, and a U.S. Marshals-led task force along with the Butte County SWAT, Tehama SWAT and the Chico Police Department.

According to a press release by the Butte County Sheriff of California, U.S. Marshals had received information that Teixeira was possibly in the Oroville area. An investigation found that he had been staying in Oroville. On Sunday morning, the Butte County’s SWAT Team and detectives, U.S Marshals, and members of the Chico Police Department and Tehama County SWAT teams served a search warrant.

“Teixeira and a male, later identified as Jeff Guerrier, age 30, of New York exited the residence after several minutes. Teixeira did not comply with BCSO [Bute County Sheriff’s Office] orders and got into a vehicle on the property. In an attempt to escape, Teixeira rammed a BSCO armored vehicle with his vehicle. After ramming the BCSO armored vehicle, Teixiera rapidly backed his vehicle up in an attempt to escape. BCSO personnel used a second armored vehicle to disable Teixeira’s vehicle. Teixeira exited his vehicle and did not follow BCSO commands. BCSO used a K-9 to take Teixiera into custody. After obtaining a medical clearance at a local hospital, U.S. Marshals took custody of Teixiera, and are holding him in federal custody pending extradition proceedings.”

The Butte County Sheriff’s Office personnel said they located “approximately 26 pounds of heroin, over 1,000 OxyContin and Percocet pills, and an estimated 40 pounds of marijuana.”

The Butte Interagency Narcotics Task Force (BINTF) collected the narcotics. Guerrier was booked for harboring and concealing a wanted felon, possession of heroin for sale, and possession of marijuana for sale.

American authorities are looking at any local, state and federal charges that can be laid against Teixeira.

IHIT said Teixeira’s capture ends an international manhunt in which IHIT and the Combined Forces Special Enforcement Unit – British Columbia (CFSEU-BC) worked together to locate him.

“IHIT was also assisted by the BOLO Program and Crime Stoppers, which issued a substantial reward earlier this year for the suspect’s capture,” said Superintendent Dave Chauhan, Officer-in-Charge of IHIT. “We are also grateful for the assistance from US law enforcement which effected Mr. Teixeira’s arrest so that he may be brought to Canada to face the murder charge against him, providing some justice for the victim’s family and friends.”

“Brandon Teixeira’s arrest is the result of thousands of hours of dedicated work by dozens of officers in CFSEU-BC, IHIT, and many other police agencies in British Columbia and the United States,” said Superintendent Paul Dadwal, Acting Chief Officer for the CFSEU-BC. “Working through the U.S. Thanksgiving weekend, our partners in California were able to take Teixeira into custody. The message to criminals on the run, yet again, is that we will relentlessly pursue you until you face justice.”

The U.S. Department of Justice’s Office of International Affairs of the Department’s Criminal Division and the U.S. Attorney’s Office for the Eastern District of California are handling the extradition proceedings.

On October 23, 2017, at 2:10 a.m., Surrey RCMP received a report of shots fired from the 14300-block of Crescent Road. When police arrived, a male victim was located suffering from gunshot wounds and was transported by the British Columbia Ambulance Service (BCAS) to hospital where he later died.

Just after the initial report to police, a second report to police was made from a female victim who said that she too had been shot. Police located the victim a short distance away on Highway 99 at exit 10. She was also transported by BCAS to hospital for treatment.

Shortly after the homicide occurred, a vehicle was recovered in Langley after it was deliberately set on fire.

On September 6, 2018, Teixeira was charged with first-degree murder and a warrant was subsequently issued for his arrest.  He was believed to be somewhere in the Lower Mainland of B.C.

Investigators announced on September 14, 2018, that they had learned that Teixeira has associates in Edmonton and Calgary and urged residents there to also be on the lookout for him. They also released more photos of him.

Last April, IHIT announced it would be stepping up its efforts to locate Teixeira and was partnering with CrimeStoppers and the Bolo Program, which would be launching an amplification campaign through new technology and communication channels  that would hopefully lead to his arrest.